Frequently Overthinking? Know the Cause and How to Overcome It from IPB University Lecturers 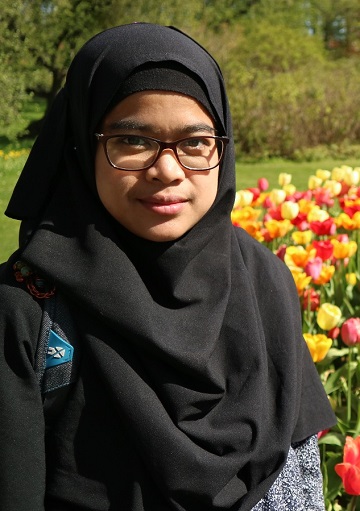 According to psychology, overthinking is thinking constantly about negative things. This overthinking has at least two forms. First, reflect on unpleasant events in the past, for example by bringing up the thought 'if only I hadn't done that at that time'. Second, worrying about something that has not happened in the future.

Overthinkers often think about something that is not in their capacity to control it, so that they often feel regret about the past, as well as fear and anxiety in facing the future. "In contrast to thinking about a solution to a problem, overthinking tends to dramatize events that have already happened and predict something bad for something that hasn't happened yet," said Nur Islamiah MPsi, a psychologist and lecturer at IPB University from the Department of Family and Consumer Science, Faculty of Human Ecology in a short interview.

A study found that the prevalence of overthinking in adults aged 25-35 tends to be high at 73 percent. Women are also more likely to become overthinkers. “A sign of someone experiencing overthinking is that he often recalls bad events, such as experiences that made him feel guilty or ashamed. In addition, overthinkers also spend their time thinking things that are beyond their control. Worrying about something that hasn't happened yet, so these negative thoughts make it difficult to move on, unproductive, confused, and have difficulty sleeping because the brain is always actively thinking about things that are actually not useful," she added.

According to her, one of the causes of overthinking is parenting practices. Studies show that there is a relationship between parenting that tends to be critical and authoritarian and the development of overthinking in children. In addition, a person's personality type, for example individuals who are easily anxious or perfectionist, have a greater chance of being an overthinker. Traumatic events in the past, stress experienced in the present, and high pressures or demands of life can also be the cause of overthinking in someone.

“The impact of overthinking if it occurs for a long time is one of them is declining physical health. As a result, the quality of sleep deteriorates, the body will be susceptible to disease and fatigue. In addition, overthinkers can experience mental disorders such as excessive anxiety (anxiety), easily stressed, and even depression. Overthinkers also tend to procrastinate on completing a job because they are too busy with their own thoughts, resulting in a less productive life. Social problems such as loneliness can also occur, even more so when you hang out with fellow overthinkers,” she said.

Third, do positive self-talk. For example, instead of contemplating and regretting something that happened in the past, so that it develops into negative thoughts, it is better to focus on positive things. Forgive yourself and say, “Yesterday I did something wrong, I regret it. But there is nothing I can do to change the past, I will take this as a lesson and try not to do it again."

Fourth. No less important than practicing mindfulness. That is doing one activity at a time, for example eating by enjoying it gratefully without being distracted by other things. By doing this mindfulness, we practice to focus and interpret everything we do so that it is more meaningful.

Fifth, overthinking occurs because the brain is full of unimportant information so that this 'junk' information must be limited. Lastly, take care of yourself by eating healthy, sleeping and exercising regularly. As discussed earlier, overthinking is closely related to difficulty resting. By taking care of your own health, it is hoped that it will help overthinkers to be more organized in their daily activity patterns.

“If these five steps have not been successful, this means that there are things that need to be explored more deeply. Consulting a professional, for example a professional psychologist will help unravel the problems that occur and find solutions. Support from a positive environment is of course also very important to help eliminate this overthinking," she said. (MW/Zul)