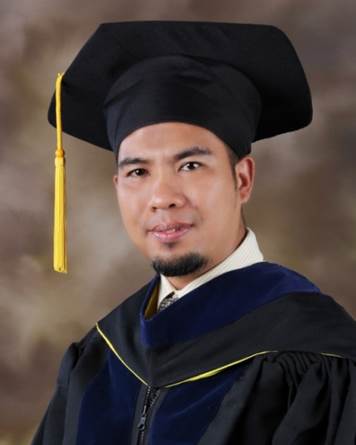 Prof. Muhammad Firdaus, Professor of IPB University from the Department of Economics, Faculty of Economics and Management (FEM) said that there are at least two main factors that will determine how much yields farmers receive. The first is the productivity of the farm.

An example is the chilli monoculture. From expenditures, for production, if it is in accordance with the technical recommendations for chilli farming, it will require capital of nearly 120 million rupiah per hectare. From this figure, farmers get a net profit of around 20 million rupiah per month per hectare. This has been calculated for six months (red chilli) or eight months (cayenne pepper), from preparing the planting hole until the harvest is finished.

"This figure is obtained if the productivity is 15 tonnes per hectare. This result has been achieved by many chilli farmers in Tasikmalaya or Banyuwangi. But still around 10 tonnes for most other areas in Indonesia. The value that farmers will pocket is still determined by the second factor. namely price. Net income per month is received if the selling price at the farmer (farm gate) is 12 thousand rupiah per kilogram. However, it can drop drastically to touch below five thousand rupiah per kilogram when the harvest is abundant. Therefore, efforts to boost productivity at the same time Better market access is crucial to continue, "he said.

Prof. Firdaus added, as an effort to increase productivity and to get optimal results from agricultural land, steps according to the procedure (good agricultural practices) should be implemented. Starting from land preparation. For example, soil testing to determine nutrient content, so that fertilization efforts can be efficient. The second stage which is the critical point is the preparation of the seeds to be planted. For plants such as chilies, which often experience the threat of failure due to virus attack, during sowing, the seed factor is crucial.

"Increasing productivity seriously, especially in chilli plants, requires the largest expenditure in the third stage, namely maintenance. Farmers have not yet applied the advice to reduce shoots or flowers. They are reluctant to lose crops which are still economically valuable even though they are small in size," he said.

Entering the final stage, namely harvesting and post-harvest handling. Farmers still not fully implement technical recommendation steps. In fact, all the activities that should have been carried out by farmers have actually been proven to significantly increase yields.

According to him, the guarantee from the party that will accommodate the production is a factor that will determine the welfare of farmers. In addition, partnerships with industry and the wholesale market will provide price certainty. Good handling, from harvesting to sorting and bringing the product to industrial warehouses, plays a very important role. So that the fixed base price throughout the year will make the chilli farmers prosperous.

"The challenge in the future on implementing the partnership between farmers and the market is the commitment of both parties. This is the keyword to continue. Market guarantees for agricultural products must be pursued. The Law on Protection and Empowerment of Farmers mandates this. This substance is retained in the Job Creation Law. "It is stated that this is the responsibility of the government and regional governments in developing rural areas and farmer corporations," he added.

Prof. Firdaus continued that the agricultural problem is complex. In agricultural colleges such as IPB University, it is this philosophy that may result in many graduates being successful through challenging careers in multinational corporate management and the financial industry. Of course, hundreds of agricultural tertiary institutions in Indonesia, both universities, colleges, polytechnics and the community can assist farmers to keep progressing and be more prosperous.

"With the results of the calculations as above, the younger generation will certainly voluntarily enter the world of agribusiness when they can understand and manage land, with an area of half to one hectare, for high value commodities, it will provide much higher returns than working as office employees. in a bank or ASN / PNS, "he added. (IAAS /NAS)