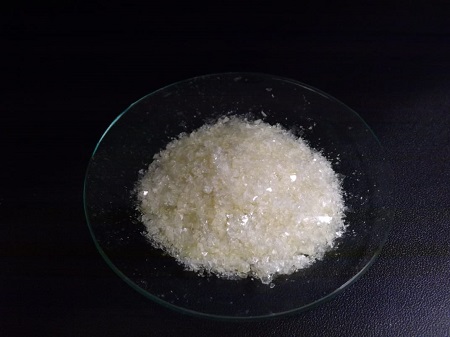 As a maritime country, Indonesia has great fisheries potential. In general, the fisheries industry would only utilize byproducts such as skin, scales, and swim bladders. Dr Mala Nurilmala, lecturer of IPB University’s Department of Aquatic Product Technology, Faculty of Marine Science and Fisheries, saw this as an opportunity to innovate.

According to Dr Mala, the utilization of byproducts is not optimal as it mostly goes towards feed for livestock or fish skin crackers. While in Indonesia, the gelatin industry has not developed and is mostly produced from mammals such as the bones and skins of cows and pigs. Pig-based gelatin would render the gelatin not Halal while cow-based gelatin has high priced raw materials since its skin and bones are commonly consumed in Indonesia. Fish skin poses as an alternative for a source of Halal gelatin. Dr Mala is joined in this research by Prof Tun Tedja and Dr Noviyan Darmawan from the Chemistry Department, as well as Prof Ietje Wintarsih from the Faculty of Veterinary Medicine as researchers of IPB University’s Halal Center, in collaboration with PT BLST-IPB University and PT Kapsulindo to receive the Productive Innovative Research (RISPRO) funding from the Education Fund Management Institution (LPDP) to develop gelatin to be made into capsules.

Almost 100% of capsules’ raw material is gelatin while the gelatin itself is 100% imported. This imported raw material produce questions on its Halal status as the Halal aspect becomes very important in Indonesia where the majority of citizens are Muslims. The fish-based product acts as a resourceful alternative, especially since the tropical fishes of Indonesia have similar gelatin characteristics to mammals. The team’s resulting capsule had been tested and compared to standards and was found to have fulfilled the standard requirements of the Indonesian National Standard and the Gelatin Manufacture Institute of America. Through this idea, Dr Mala has managed to patent several of her innovations and has also received an award from the Government of Bogor Regency. There have even been undergraduate and graduate students who have managed to graduate following their participation in this research.

Dr Mala expressed her hope that in the future, the research team would be able to contribute in providing gelatin for a common need, starting out from local university products such as traditional supplements or herbal products, as a solution to supply Halal gelatin aside from cow-based products.