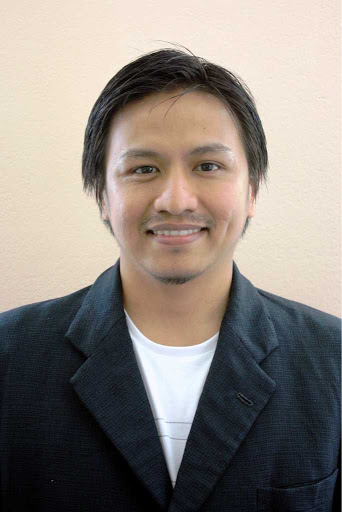 Researchers of IPB University have discovered new information on a misunderstood fact about the toothed hammerhead sharks. It was previously thought that increased fishing activities posed as a threat towards their population, however research has revealed that it is in reality, the opposite. A study on the genetic relationship done by comparison of Indonesian waters and the west of the Indian Ocean has shown that toothed hammerhead sharks in Indonesia are flourishing. In other words, Indonesian waters are still friendly towards the toothed hammerhead shark population. According to Dr Hawis Maduppa, lecturer and researcher of IPB University’s Department of Marine Science and Technology, this particular species of shark is one of many that is endangered due to fishing, particularly for the purpose of obtaining their fins. As many as three million sharks around the world are killed each year for the shark fin trade.

In 1999, the toothed hammerhead shark species had been suspected to be in endangerment due to overfishing and was then officially categorized as endangered in 2009 by the International Union for Conservation of Nature (IUCN) who placed the species in the IUCN Red List.

Five years later, the Convention on international Trade in Endangered Species (CITES), registered this species in the status of Appendix II. Finally, in 2019, their status worsened as they were categorized as a Critically Endangered (CR) species. Dr Hawis explained that the overexploitation of toothed hammerhead sharks had impacted its population structure. This means that their fertility is disrupted, leading to less genetic diversity. The information on the species’ population structure is substantial to their conservation efforts, and yet, clear information on this was not available. However, studies executed by IPB University’s researchers has revealed new information that the toothed hammerhead sharks in Indonesian waters possess higher genetic diversity than the population found in the west of the Indian Ocean. This genetic variance improves the shark’s population structure.

Data on this was obtained through sampling in several locations of toothed hammerhead shark populations in Indonesia. Those locations were Aceh where samples were taken from 41 sharks, Balikpapan from 30 sharks, and Lombok from 29 sharks. While in West Papua, samples were taken from 14 sharks, and finally for the west of the Indian Ocean, 65 sharks were used as samples.

The samples’ DNA was extracted in IPB University’s Laboratory of Marine Biodiversity and Biosystematics. DNA extraction was done according to the gSYNC DNA extraction kit product protocol. From the DNA, researchers were able to procure the genetic fragment called CO1 or cytochrome c oxidase subunit 1. There are more than 179 DNA sequences from CO1 mitochondria with an average length of 594 bp extracted from the samples. The genetic material was then edited using the ClustalW algorithm. From this procedure, haplotype was revealed. In researching the genetic relationship between Indonesian toothed hammerhead sharks and those from other parts of the world, researchers refer to the available haplotype information. By knowing the haplotype distribution in each location, the path towards knowing the sharks’ distribution and genetic relationship of different populations in the world is open.

In the waters of Aceh, the most commonly found haplotype of toothed hammerhead sharks is H1. This haplotype is similar to the ones found in India, Madagascar, and the United Arab Emirates (UAE). However, in the UAE, other haplotypes which are not found elsewhere: H5, H6, to H11 are also found. While H3 and H4 were found to be plentiful in West Papua and Balikpapan-Lombok. In Aceh, the H3 and H4 haplotype are also found. The unique thing about the haplotype result in Aceh is that the abundance of H1 haplotype found in Aceh was found to be the highest in the world.

After obtaining the data on genetic diversity from haplotype, the next step was to process the population structure data. This was done by comparing the populations of S. lewini found in Indonesia and in the west of the Indian Ocean. The analyzed data of the toothed hammerhead sharks in Balikpapan and Lombok show homogeneity. This result is in line with a previous study done in Indo-Australian archipelago by Ovenden et al. (2009) which shows that the homogeneity of the species in Balikpapan and Lombok are the same as the one in the northern waters of Australia. From the study of IPB University researchers it was also found that the toothed hammerhead sharks in Papua Barat also have the same homogeneity in genetics with those found in Lombok and Balikpapan. However, the population in Balikpapan shows haplotype diversity of 0,646 which is higher than the average diversity in the west of the Indian Ocean at 0,467.

While in West Papua and Lombok, the genetic variance is concluded to be very low, each being 0,143 and 0,362. Therefore, the single population pattern show that those waters are migration zones of the toothed hammerhead sharks. The coastal areas around those regions are suspected to be breeding sites.  Dr Hawis mentioned that the toothed hammerhead sharks are a species of shark that have high migration activities, especially in the tropical seas and warm waters and so this species of shark have higher genetic variance compared to other shark species.