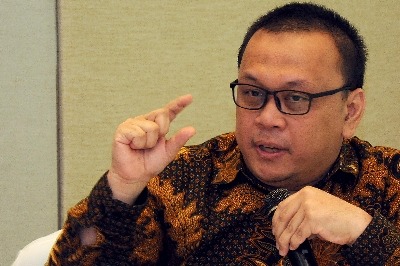 Dr. Irfan Syauqi Baik, IPB University Lecturer from the Sharia Economics Study Program, Faculty of Economics and Management (FEM), said one of the important breakthroughs made by the Indonesian Endowment Board (BWI) was to consolidate existing universities, especially those with study programs or study centers related to sharia economics and finance, to come together in one forum in the field of endowment which is called the Inter-University Center (PAU) Endowment.

PAU Endowment was officially launched by the Chairman of BWI Prof. Mohammad Nuh at the Indonesian Education University (UPI) Bandung, (18/3). Apart from PAU Endowment, at the same time the BWI Working Paper Series (BWPS) has also been launched, as a medium for publication of contemporary endowment ideas, thoughts and research and the National Endowment Index (IWN) as a measuring tool for national endowment management.

Dr. Irfan explained that the launch of PAU Endowment has a very important meaning in strengthening the national endowment ecosystem that is currently being developed by BWI. This is due to the position of university as one of the strategic stakeholders in the national endowment movement. The presence of PAU Endowment is expected to have a positive impact on increasing community endowment education, so that public awareness about endowment will be increased. At least, there are four main focuses that underlie the PAU Endowment programs in the future.

"First, the existence of PAU is expected to facilitate the development of the Tri Dharma of University in the field of endowment, both in the aspects of education, research, and community service. On the education side, PAU Endowment is expected to be able to support the Independent Learning of Freedom Campus (MBKM) program which is developed on campuses, through educational programs or activities that can be converted into college credits for students in the campus," he said.

He added, this is also the case with research, where PAU Endowment is expected to be a liaison between researchers in a campus and researchers at other campuses, to be able to collaborate to generate research that is useful in the development of national endowment.

PAU can be a place to exchange ideas and research ideas among its members. Meanwhile, in the community service aspect, PAU Endowment is expected to become a practical laboratory and implementation of the concept of endowment in activities that are directly related to the community.

Then third, the existence of PAU Endowment is expected to strengthen the digital transformation process and the development of the endowment database system currently being developed by BWI. Digital transformation is a basic requirement of the world of endowment today. In the midst of changing conditions in society that are getting closer to digital life, the endowment sector must be able to adapt through the development of digitalization that is able to accommodate the business process of managing the endowment.

"Essentially, through this digitalization, it is hoped that there will be an increase in the quality of the endowment ecosystem that is being built by BWI," he said.