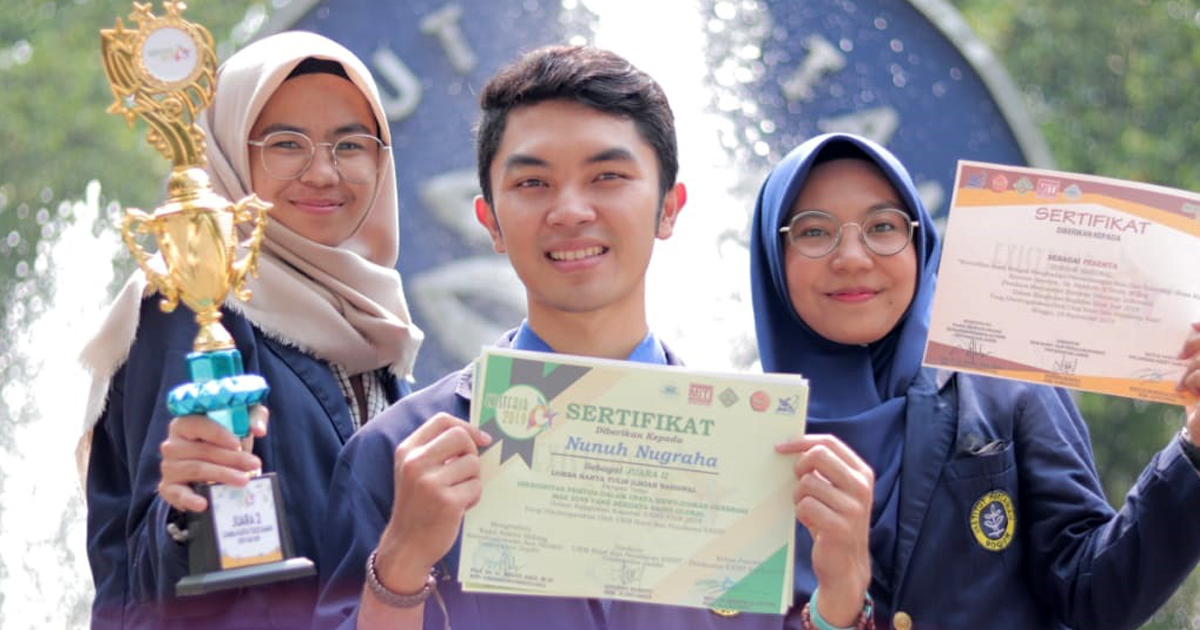 The role of students in the implementation of the Sustainable Development Goals (SDGs) program in Indonesia is highly needed. Various actions and contributions by the students have been shown with various innovations made. IPB University students from the Department of Chemistry, namely Evita Febriana, Alya Priskalita and Nunuh Nugraha, succeeded in making an innovation called Pordistor for sanitation of clean water.

This innovation won the 2nd place in the National Scientific Writing Contest (LKTI) in Jambi on 25-28 September 2019 organised by the Reasoning Student Activity Unit (UKM) of Jambi University which raised the theme 'Youth Synergy in Efforts to Actualise a Global-Competitive 2045 Gold Generation'.

"The title that we raise in this LKTI is Pordistor (Portable Disinfectant Generator), which is a tool to produce clean water that is free of Escherichia coli bacteria. Why do we only focus on E. coli bacteria in this technology? Because we adhere to the parameters of clean water according to Minister of Health Regulation No. 32 of 2017, which is zero E. coli in 100 millilitres of water," said Evita.

This Pordistor is one of the innovations to support the goal of the sixth SDGs, namely clean water and sanitation, which is packaged in the form of chemical-based technology. "This technology is actually intended for coastal communities to help them in the provision of clean water. In this technology, we use electrochemical reactions using a used battery with carbon as a cathode and zinc as an anode. Then, direct current electricity is flowed to the cathode to avoid short circuit. After being electrified, reactive oxygen is formed. This reactive oxygen will become a strong oxidiser to kill E. coli bacteria," said Alya Priskalita.

"Carbon and zinc used will not have side effects because the carbon used in batteries is compact. The tool is also cathodic, which means that it is reduced and reused and has flowing properties. Thus, the water is safe to be used," added Evita.

For future development, these students will focus on coliform bacteria, in addition to E. coli bacteria, to make the water not only be clean water but also drinking water. (Ath/ris/zsp)