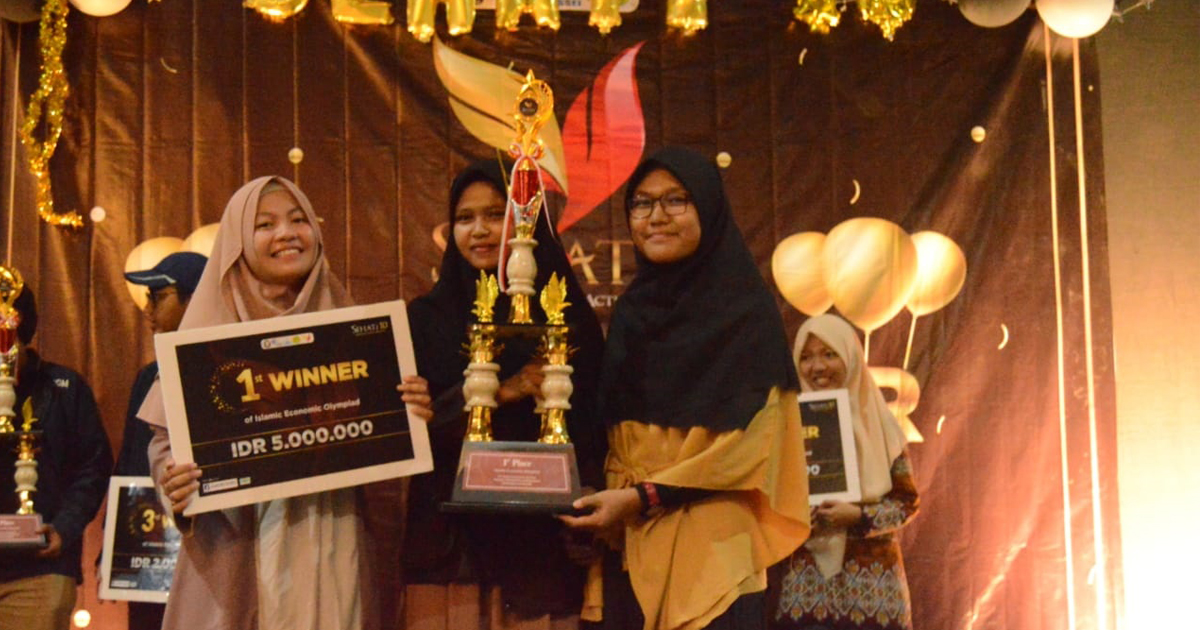 The students are Novia Ariani, Diah Zulianingrum and Erina Nuhbatul Laa'li. The competition that carries the theme 'The Strategic Role of Waqf in Improving Ummah Welfare' is the largest and oldest Islamic economic competition in Indonesia. This activity provides a place for each participant to be critical, creative, and responsive about the Islamic financial climate. "Alhamdulillah, thanks to the struggle and prayers of parents and friends. "In the initial selection, we were chosen to be the top eight of the best universities in Indonesia, then at the end of the race we could get this first place," Erina said.

In the initial round, each group was given a multiple choice question. The score obtained in round one determines whether the group is allowed or not to enter the next stage. "Alhamdulillah, in this round we managed to escape and enter the next stage, namely the case study phase," said Diah, one of the members of this group.

Furthermore Diah told in the case study and presentation round, this group brought the concept of financial and technology. "We bring the concept of how fintech becomes a catalyst for sharia economic development, especially endowments of money. Now in the era of 4.0, then money endowments can be done through technology. Imagine when lying down and relaxing at home we can still represent through this fintech. Alhamdulillah after the accumulation of all values from the multiple choice round, this presentation and the quiz contest as the final round of our group were declared first place, "said Diah who is also a seventh semester student of Islamic Economics at IPB University. (AVR)