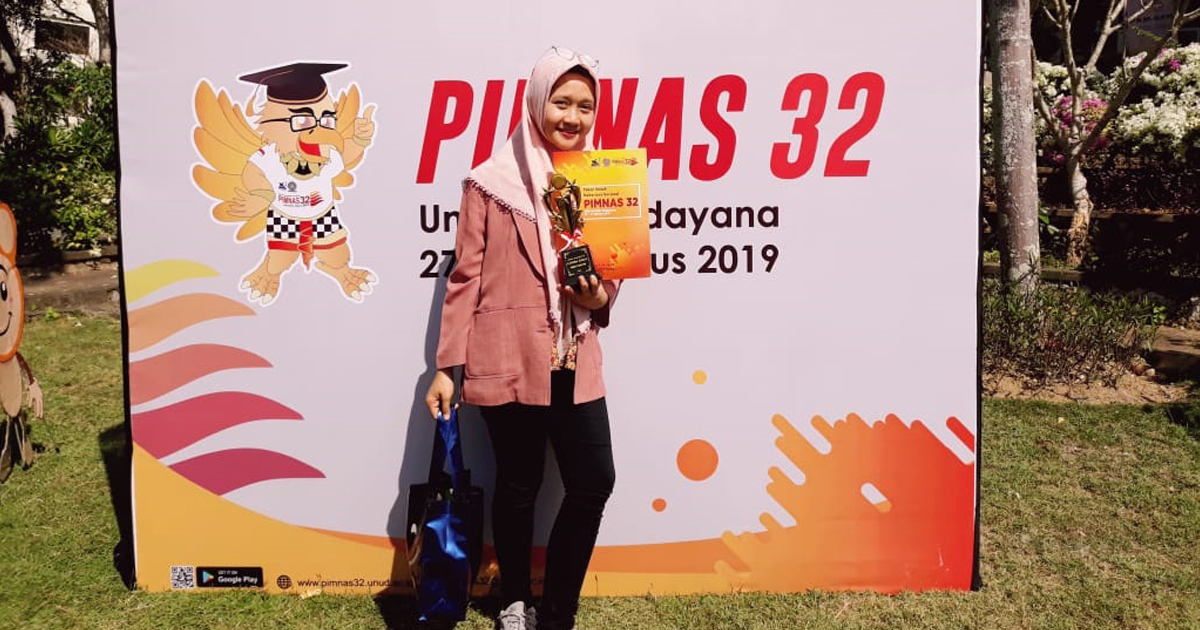 Deasy Ramatia, Student of the Faculty of Forestry of IPB University succeeded in getting a trophy of hope in three national essays in the National Student Scientific Week (Pimnas) non-Student Creativity Program (PKM) 2019 at Udayana University, Bali (26-28/08).  The event was organized by the Ministry of Research, Technology and Higher Education (Kemenristekdikti) and attended by student representatives from almost all of Indonesia.

The current of globalization is increasingly widespread among Indonesian youth.  Not a few young people who began to drift and forget the wisdom of Indonesian culture.  For example the younger generation prefers to use English and Western-style clothing than the language and culture of clothing from their region.

"In fact, there are so many Indonesian cultures that can be explored more deeply such as local languages, ethnic groups, and local customs," said Deasy who a few weeks ago also attended the ASEAN Bamboo Congress in the Philippines.

Deasy further explained the idea he developed was an educational card game as a learning medium.  He chose the method of learn play implementation as a way to incorporate elements of local wisdom into a card game called Quarnas (Quarted Nationalism).  The goal to be achieved is to help increase youth interest in Indonesian local wisdom.

"With this card, they are expected to be able to replace the less educative habits of playing games with this Quarnas which contains lessons on local wisdom," said Deasy who is also a finalist with outstanding students at IPB University.

Going forward Deasy plans to make this idea known to the government so that it can be realized, he also plans to form a platform that summarizes local wisdom from all over Indonesia which will later be integrated into Quarnas.

Deasy also hopes that the wider community will continue to maintain the nation's identity, especially local wisdom in the midst of the coming modernization, especially for young people who will continue the country in the future.  (LR / Zul)