The Paragliding Athlete Who Has 22 Gold, 15 Bronze, and 10 Silver, Studies with a Scholarship from IPB University 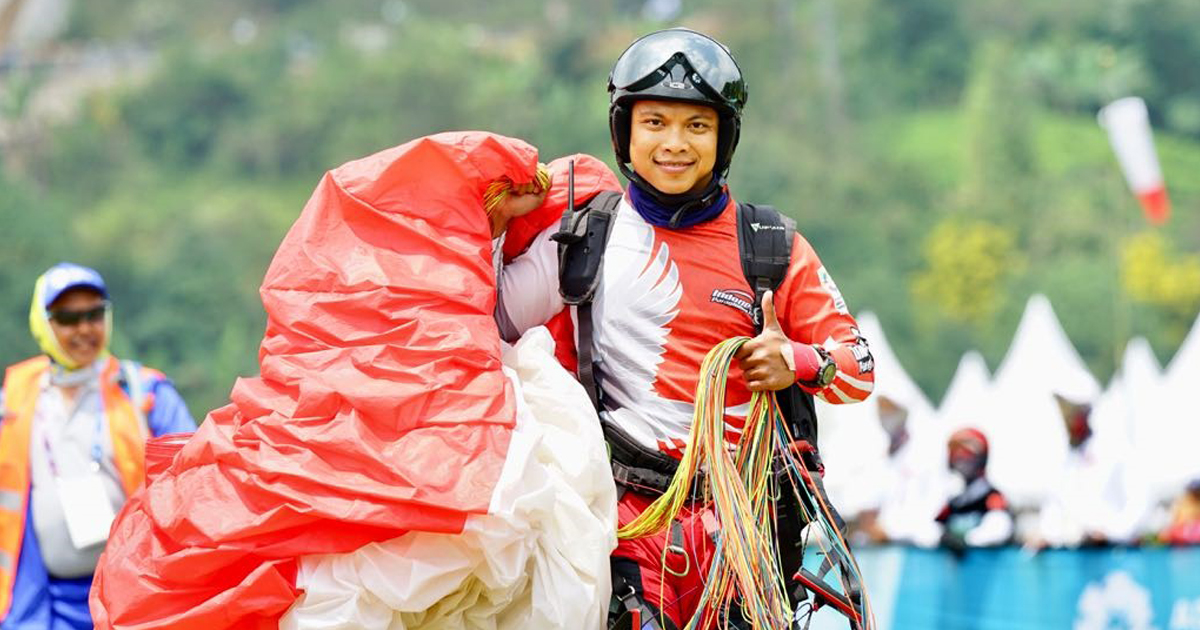 Hening Paradigma, officially became student of Graduate School IPB University through Gold Medallist Asian Games 2018 Scholarship Program from IPB University. He is enrolled in Food Science (S2) study program, Academic Year 2019/2020. The scholarship program is IPB University’s form of concern to the academic future of the athletes that have honoured Indonesia through their dedication and achievement in Asian Games 2018.

“I feel very lucky because everything falls perfectly. Alhamdulillah. I am currently starting a a food business that requires technical matters for the production , so that the products I will sell can be upgraded and it turns out that IPB University has a Food Engineering major. Coincidentally, I am close with Antaranews reporter that informed me about this scholarship. After that, I took this opportunity,” he explained.

Hening has been into paragliding since he was 14 years old. His beginnings as a paragliding athlete began with a hobby introduced by his father when he was in Puncak, Bogor in 1999. At that time he was still in school in Semarang, so he practiced paragliding every quarterly holiday.

"At the end of 1999 there was a match for the accuracy of landing for junior paragliding. Thank God I got the third place. Seeing that, the paragliding committee in Central Java Province then recruited me into their junior athlete," added Hening, who won 22 gold, 15 bronze, 10 silver from paragliding.

Pursuing his passion in paragliding was not easy. In 2008, Hening experienced two injuries. The first was on his thigh, causing a wide bruised that made him unable to walk for three weeks. The second was a dislocation of his left elbow. It resulted in Hening unable to participate in Asian Beach Games 2008 in Bali and National Sports Week (PON) 2008 in East Kalimantan.

Back then Hening was motivated to continue to pursue paragliding because of this sport, he had the opportunity to travel and get an allowance. "This sport is very suitable for those who like to travel especially when there are paragliding events in tourist sites. Moreover, paragliding is part of the Air Force fostered sport through the Indonesian Aero Sport Federation (FASI) where there is support of the Air Force aircraft as transportation to remote areas, such as Manado, Lombok, Bali, Sumatra, Kalimantan, and Papua," he said.

In the future, this man who has The Farthest Cross-country Flight National Record since 2012, has a target of keeping his achievement in paraglding and expand his fried aci business. He wants to create a cheap yet healthy food.