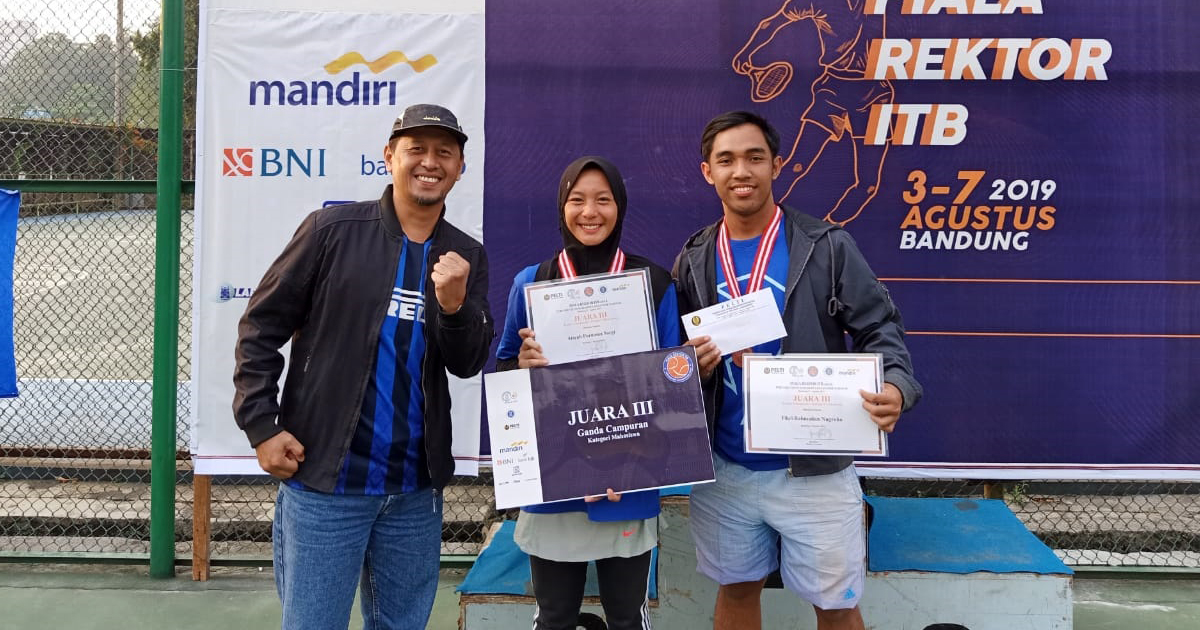 The Mixed Doubles of IPB University, Fikri Rahmadan Nugroho and Aisyah Purnama Sargi won third place in the 2019 ITB Rector Cup Tennis Tournament in Bandung, (3-7 / 8). Both of them are students from the Vocational School of IPB University. In this tournament between students across Indonesia, Fikri and Aisyah were accompanied by the supervisor of the Student Activity Unit (UKM) IPB University Field Tennis, Dr. Muhammad Findi Alexandi.

Fikri has known field tennis since he was young. Fikri knows this sport from his parents.

"Alhamdulillah, thanks to the support of parents, Field Tennis UKM, Directorate of Student Career Development of IPB University and a good partner (Aisyah), I was able to get a triple triple mixed champion in this tennis tournament. Thank you for the support of all those who have helped us so that we can participate in this tournament smoothly, "said Fikri, a student of the Seed Industry Technology Study Program (TIB).

Meanwhile, based on Aisha's narrative, the struggle to get the third place was not easy. In the semifinal, they were defeated by a team from Diponegoro University (Undip).

"On August 4, we had to fight hard because in one day we had to compete four times. After defeating the team from the Polytechnic Pos Indonesia and Telkom Indonesia, we have the right to advance to the semi-finals. But in the semi final we were stopped by the team from Undip, "said Aisyah.

"Keep on practicing and don't be complacent because the competition is very hard. Hopefully the support for student tennis players will increase and institutionally at IPB University (Directorate of Student Affairs and Career Development) will further support all activities of the Tennis Field SMEs as a container organization for tennis players at IPB University, "he said. (NR)