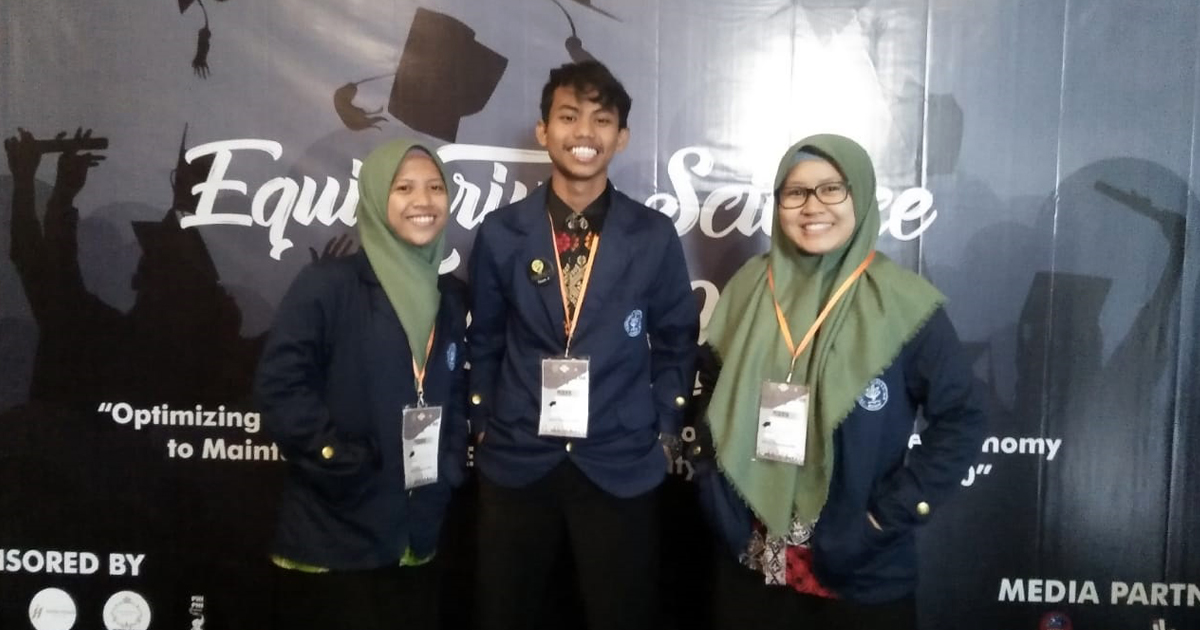 Three students of IPB University, Hajrian Rizqi Albaraki, Siti Nur Asiyah Wardah and Rezhelena Moesriffah succeeded in winning the National Competition 'Optimizing Youth Development in Technology and Creative Economics Stability in The Industry 4.0' which was held by the Faculty of Economics and Business, Udayana University in Bali, (10 / 8).

The team with backgrounds from different majors won three of the five winners of the competition, namely Champion Cup 1, Best Idea, and Best Delegate with essays on the Role of Young Generation in Utilizing Green Economy-Based Creative Economy.

According to Hajrian, the waste problem has not been resolved properly in Indonesia. The problem is caused by the management that has not been effective and there is no system that is really appropriate. No wonder there have been many problems caused by waste not only from environmental problems, public health, and to the socio-economic and cultural problems. "For this reason, we have combined the creative industry, 4.0 and green economy in the start up of the waste management that we initiated," said Hajrian, team leader.

Hajrian further said, "We use the start up approach as one of the latest creative industries that is currently booming to form a waste management system," said Hajrian. Furthermore, Hajrian explained that in the start-up they had initiated, the public could trade in waste that was directly distributed by the driver on a monthly basis. By the driver, the waste is forwarded to the processing plant and will be allocated to recyclers and craftsmen.

Hajrian also explained that the waste recycling results from the start up will be collected in a market place called trashshop. "So there are three applications in this idea, namely Trashlock for garbage drivers, trashwe.id for garbage depositors and consumers and trashshop for sellers, all of which are arranged in one server," Hajrian explained.

This group hopes the work in the form of this idea can be realized in the form of real applications in the future. While looking for a gap to make it happen, this group plans to include this idea in the business plan competition. "We also want to add features where the application can run perfectly and the benefits can be felt by the wider community," said Hajrian

This group hopes that with this application the community can be motivated to sort waste and collect waste. "In this idea we have also included a donation system to further motivate the public by wanting to sort out the waste that will be used in making recycled products so that they can contribute to improving the community's economy," said Hajrian, the Best Delegate Winner in this conference. (LR / ris)