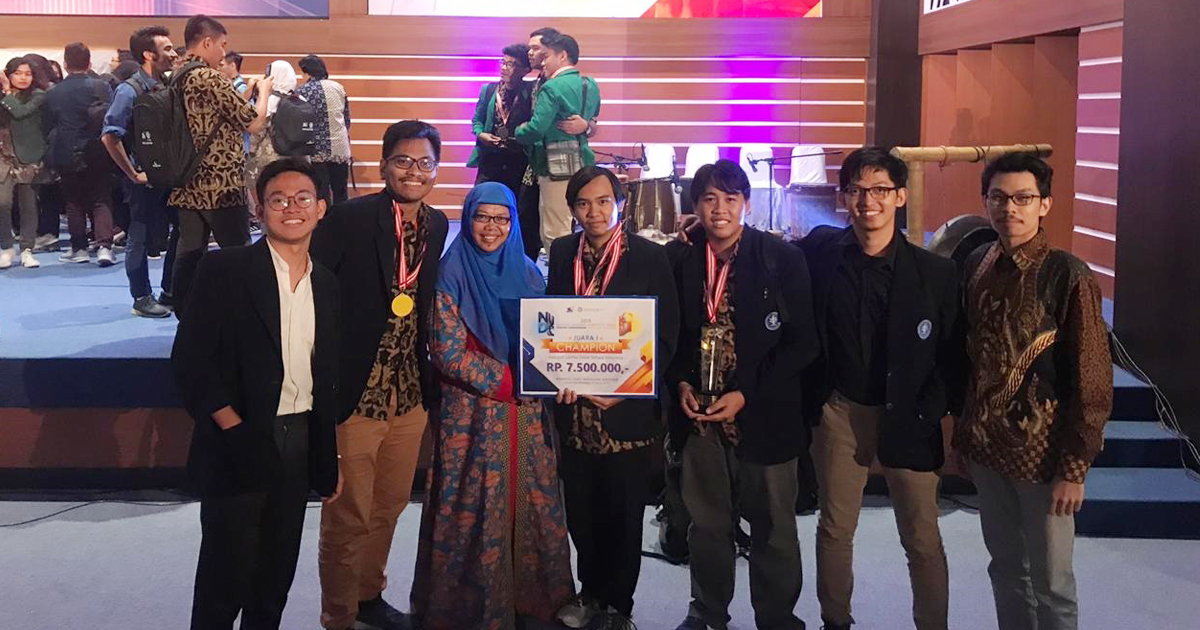 After going through the selection process in IPB University level and Kopertis Region 4 level, Kael and team managed to compete in the national level. In KDMI, they had to compete with 28 other teams from all over Indonesia. Kael admitted that the motions in national level were unexpected and challenging. He also said that the competition was very fierce.

“We sometimes got unexpected motions and unfavourable position, so we had to go extra miles in some rounds. One of the motions we got was the obligation to appoint ministers from the coalition parties,” he added.

According to Kael, Jokowi and Prabowo have a very distinct vision and mission, thus they also have different programs and model to achieve their goals. Kael agreed that Jokowi’s administration can only be efficient and effective when the ministers (ones who become the representation of the President’s power) come from the coalition party where these people were directly involved in the forming of vision, mission, and governance model that Jokowi wants.

“Democracy will not die instantly, because the opposition stronghold (Prabowo) still has the opportunity to fill other legislative positions, therefore the opposition can still voice its aspirations. In the end, politics will always be about the competition, each has its own supporters, strategy, and programs. So it is normal if there is a losing side which does not get the same power in the system. To summarize, this is not a new problem,” he explained.