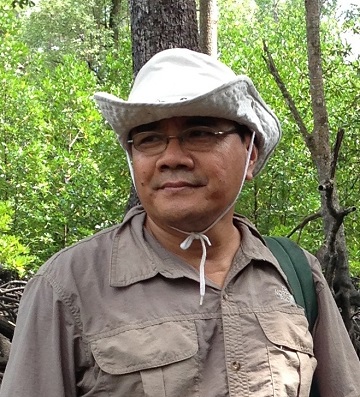 IPB University lecturers and scientists never stop strengthening their existence and achievements in the eyes of the world. Decades of dedication and research in the fields of ecosystems, peatlands and climate change have yielded sweet results. This moment was felt by Prof. Daniel Murdiyarso, Professor of IPB University from the Department of Geophysics and Meteorology, Faculty of Mathematics and Natural Sciences (FMIPA).

As part of the tradition of the University of Helsinki, Finland, honorary degrees are awarded to individuals selected at an award ceremony. In 2022, 30 scientists and public figures from various parts of the world have been selected to receive the honorary title.

Prof. Daniel received an honorary doctorate (Doctor Honoris Causa) from the oldest university in Finland. He is the only Indonesian scientist and the first to receive this honorary title.

After a career of more than 30 years, he was one of eight scientists to receive the title of Doctor Honoris Causa from the Faculty of Agriculture and Forestry, University of Helsinki. The inauguration ceremony was held on June 17, 2022 after being delayed since 2020 due to the COVID-19 pandemic.

He said he was very grateful and proud of the award. From the various criteria and scientific fields selected by the committee team, his form of service in the forestry and climate fields received recognition. According to him, the reason he was chosen was that the research field he was engaged in was unique.

"From the reading of the award by the University of Helsinki, the key to why I was chosen is how consistently I raise issues that are not too popular or not very liked because the object is forest on peatland," he explained. According to him, physically, research in this field is very heavy, dangerous and expensive. The smooth running of his research so far cannot be separated from the participation of students and the research team of IPB University.

“The research output is very strategic to assist policy making, especially those related to climate change control. Besides, of course, increasing the capacity of the younger generation," he added.

This prize is recognized not only for him because there must be a follow-up. Two countries, Indonesia and Finland, especially universities, including IPB University, have the opportunity to collaborate to overcome the problems faced by the two countries, namely the preservation of the peat ecosystem. Starting with scientific cooperation as climate diplomacy to strengthen relations between Finland and Indonesia.

“The University of Helsinki and IPB University must take the lead in fields related to the future of planet earth and the younger generation. IPB University can contribute with various advantages and flagship issues in the tropics. At least that's my hope for the alma mater,” said Prof. Daniel.

On the occasion of drinking tea at the residence of the Ambassador of the Republic of Indonesia, HE Ratu Sylvia Gayatri – who was also present at the awarding ceremony of the Honorary Doctorate, Ratu Sylvia had the opportunity to discuss how the future would be. Topics related to peatlands, as both countries have the same challenges and opportunities, will be explored. Not only from a scientific point of view but also the reasons for the friendship between the two countries. (MW/Zul) IAAS/TNR