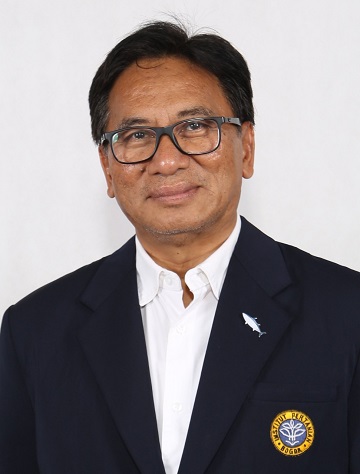 The rapid development of technology and digitalization is expected to be able to overcome various problems in every sector, including the marine and fisheries sector. One of the technological developments that is currently being discussed is artificial intelligence (AI).

Prof Indra Jaya, Professor of Underwater Acoustics and Marine Instrumentation, Faculty of Fisheries and Marine Sciences (FPIK) IPB University stated that AI has developed in various industries and it is a way to simplify complex things. Uniquely, AI is a form of programming elaboration that stimulates human intelligence into a machine so that it can support human work.

“AI is actually similar to ordinary intelligence that humans have had since humans existed, in the form of the ability to learn, think and make decisions. Over time, human life is increasingly complex. Humans want processes that used to take a long time to be done automatically or assisted with tools such as machines to be faster and more consistent,” said Prof Indra in the talkshow Estuary Speaks Series 12, some time ago.
The event, which was broadcast live through the FPIK IPB University YouTube platform, revealed the AI work system as a method that almost matches human capabilities.

“AI only has the ability to make specific decisions or specific tasks. AI is run by pre-programmed machines. But as time goes on the difference gets smaller because of the continuous learning done on AI. The more data input, the smarter the AI. Over time, AI will be able to do things that are related to each other and be able to carry out more general work, approaching the real capabilities of human intelligence, "added Prof Indra.

According to him, AI can contribute in many aspects in the marine and fisheries sector. An example is the identification of biota. This is a potential in Indonesia with high marine biodiversity, so it will be easier to identify objects or biota in the sea. In addition, he added, AI can also be used to classify a group of data, make predictions from time series analysis and study behavior or behavior from existing data. So it can predict more accurately than humans.

He said, in the field of fisheries itself, the use of AI has been applied in the process of species identification, identification of species characteristics (behavior, gender, morphometrics), sorting fish seeds, cultivation, and testing fish freshness. The application of AI for the marine sector itself is to make weather predictions and ocean dynamics, identify underwater habitats/substrates, and make early warnings.

"Humans' ability to correctly identify random fish in nature is approximately 80 percent, while AI is able to identify with accuracy greater than 90 percent. If AI continues to be given learning about fishery data, the accuracy will be even higher," explained this expert on marine acoustics at IPB University.

Dr Syamsul Bahri Agus as Acting (Plt) Head of the Department of Marine Science and Technology, supports the massive use of AI within the Faculty of Fisheries and Marine Affairs for the sustainable development of the fisheries and marine sector.
"Of course in the future it will be difficult for us to avoid AI because human desires are complex and want things to be fast. So we inevitably have to learn AI. Because, if you want to get the same results quickly and consistently with a low error rate, the answer is in AI," said Dr Syamsul. (ARS/Zul) (*) (IAAS/AZA)