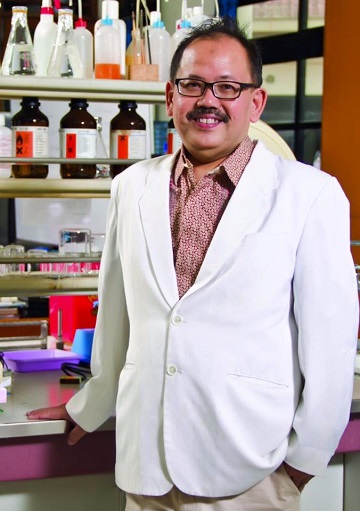 The outbreak of mouth and nail disease (PMK) in East Java and several regions in Indonesia has caused concern for the public. The reason is that many people are worried about the disease and whether the meat is safe for consumption.

Responding to this, Dr drh Denny Lukman, a veterinary public health expert from IPB University emphasized that Mouth and Nail Disease (PMK) in animals is not zoonotic.

"The meat is safe for human consumption by going through a heating process at 70 degrees Celsius for 30 minutes or until the meat is cooked," said Dr drh Denny Lukman, MSi Veterinary Public Health Specialist, School of Veterinary Medicine and Biomedical IPB University in the Dairy pro talk show which was disseminated on the YouTube channel, 9/5.

The IPB University lecturer emphasized that in the case of PMK, the dangerous thing is that human behavior can infect animals that are sensitive to PMK. He said that what he was worried about was when he bought meat and it turned out that the meat was an animal with PMK.

"When washing the meat, the meat washing water enters the environment and there is livestock that drinks the contamination from the washing in the environment, the animals will be infected," added Dr Denny.

He explained that in order not to become a source of pollution for the environment when buying meat from markets or outbreak areas, it is better not to wash it, but to cook it directly in boiling water for at least 30 minutes.

He continued, the PMK virus is generally found in cow organs, such as bones, heads, and offal. He also said that boneless meat is relatively safe.

Especially ahead of Eid al-Qurban, Dr Denny suggested that the public ensure that the origin of the Qurbani animal is not from an outbreak area. If it turns out that there are cows that come from the epidemic area, then they should be separated first even though the cows appear healthy.

"During the Eid Qurbani later, the Mosque Prosperity Council (DKM) will hand over the Qurbani animals to the slaughterhouse, it is much better, this is to avoid other livestock that are sensitive to the spread of PMK disease from livestock waste that is slaughtered," said Dr Denny.

He also suggested that cattle infected with PMK should not be slaughtered immediately but separated first. Not only that, it is necessary to carry out individual examinations if there is a suspicion of PMK. If there are findings, they must be followed up and treated.

"In developed countries, animals from outbreak areas will be separated. When slaughtering animals, healthy cows will be prioritized, while animals detected by PMK should not be slaughtered, nor should they be rejected at slaughterhouses (RPH) because if they return to the environment, that would be dangerous and can infect other livestock,” he said. (*) (IAAS/JUD)