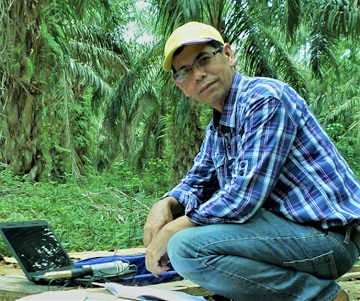 Regarding the flood in Jakarta, it is necessary to look at the causes of the flood, such as the decreasing land surface due to land subsidence so that there are areas that are lower than the surrounding areas. Other factors are the occurrence of tidal waves, poorly functioning drainage channels, and the presence of water transfers from upstream watersheds (DAS).

Infiltration wells can help absorb some of the runoff water into the ground water. This will happen if the groundwater level is more than 2.5 meters and the soil permeability is more than 2.0 centimeters per hour.

Furthermore, several things need to be considered in realizing the construction of water absorption wells, infiltration wells should be built in areas with a groundwater level of more than 2.5 meters.

“Do not build in areas with shallow groundwater levels. Another requirement is that the soil permeability (water infiltration rate) is around 2 centimeters per hour," he said.

In Jakartathere are locations with shallow groundwater levels. Thus, the location is not suitable for making infiltration wells.

Based on data published by the DKI Jakarta Water Resources Service, there are several locations with a groundwater level of about one to two meters. "My students have studied the effectiveness of infiltration wells built by BPDAS in the upstream Ciliwung watershed in Cisarua, which function well to reduce surface runoff," he concluded. (SMH) (IAAS/DR)