4,200 Years of Domestication of Horses That Changed Human Civilization 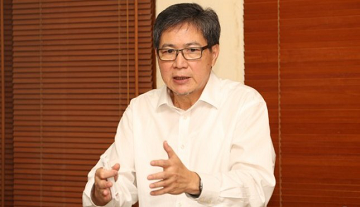 Horses are elegant livestock and have played a major role in the development of human social and cultural history. According to Prof. Ronny Rachman Noor, Professor of the Faculty of Animal Science at IPB University, the journey of human history has never been separated from this one animal. Call it how Genghis Khan managed to conquer the world with a very famous Mongol horse.

The question that arises now is when did humans actually start to domesticate horses and begin to be used by humans, both for energy and production, such as milk and meat?

"So far, the origin of horses and also when they began to be domesticated is still a big question mark, even though a series of studies have been carried out," he said.
However, according to Prof. Ronny, the biggest mystery related to horses began to be revealed when joint researchers from several countries succeeded in analyzing DNA and also determining the age of bones and horse fossils found from various regions of the world.

According to Prof. Ronny, the results of this study are very significant because they have succeeded in determining the starting point for domestication of horses. This research also succeeded in uncovering its origins which changed the current theory of horse domestication.
He added that it was from this region of Russia that the horse then developed and spread very quickly to other parts of Europe and Asia.

"The results of this study, which are considered very important and end speculation about the origin of the horse, were published this week in the world's prestigious journal Nature. The title is "The origins and spread of domestic horses from the Western Eurasian steppes" by an international research team," he said.

According to him, the results of this study are not only related to the origin and history of domestication of horses. But researchers have also managed to relate it to the history of civilization and human movement.

"Previously, based on archaeological evidence, researchers suspected that modern horses that exist today are descended from horses that were domesticated in Central Asia, around 3,400 BC," continued Prof. Ronny.

Researchers suspect that horses were domesticated for meat and dairy purposes by the Botai group that lived in eastern Kazakhstan about 5,500 years ago. However, it turns out that the results of recent research have succeeded in disproving this theory.

According to Prof. Ronny, the results of the latest research determine the starting point for horse domestication, namely in the Volga-Don region in Western Eurasia. This is based on the results of an analysis of 273 ancient horse genomes and comparing them with modern horse genomes.

“From the results of this study, when and in which region the horse was first domesticated, it was successfully revealed. That is about 4,200 years ago in the western region of Russia," he said.

According to Prof. Ronny, the theory of horse domestication that has been adopted so far comes from the Siberian region. But the researchers managed to reveal that the ancestors of modern horses today have the closest kinship with horses originating from the Don Volga region, in the northern region of the Black and Caspian seas.

"The results of this latest research are indeed very interesting because they are also related to human history which records that about 5,000 years ago there was a migration of the Yamnaya nomadic tribe from this western steppe region to Europe," he said.

According to him, researchers have an argument that although the Yamnaya migrated to bring horses to Europe for milk and meat purposes, based on the results of genetic mapping, it turns out that the horses they brought were not the ancestors of modern horses that we meet today.

"Furthermore, the researchers linked the history of domestication of this horse by observing its distribution to the Asian region. This of course cannot be separated from the development of human civilization known as Sintashta which is very closely related to the culture of war,” he added.

From the results of genetic analysis carried out by these researchers, he said, it can be proven that it was the Sintashta people who specifically developed and bred their horses for the purpose of traveling long distances and to be involved in war.

“The archaeological record also supports this because it was several centuries after the Sintashtas managed to tame their horses. They have also succeeded in developing other sophisticated war equipment, namely chariots with spoke wheels,” he said.

According to him, this war vehicle was much lighter and faster than the solid wheels used by other civilizations such as the Yamnaya.

"Historical records also show that it was with horses and chariots that Sintashta finally succeeded in conquering Central Asia, which changed the history of human civilization and also the history of horse domestication," he explained.

This domestication, he said, resulted in European horses having high endurance and a temperament more suited to humans.
“This new research has revealed that in Europe, these horses can thrive and adapt to the local environment. Which eventually replaces the local horses in the area, "said Prof. Ronny.

According to Prof. Ronny, the success of the researchers in uncovering the origin of the domesticated horse is of course very important. Not only for the evolutionary history of modern horses but also its relation to the development of human civilization. (**/Zul)