Titled the Most Influential Indonesian Muslim Scientist in the World, Here Are the Services of IPB University Alumnus, Tri Mumpuni 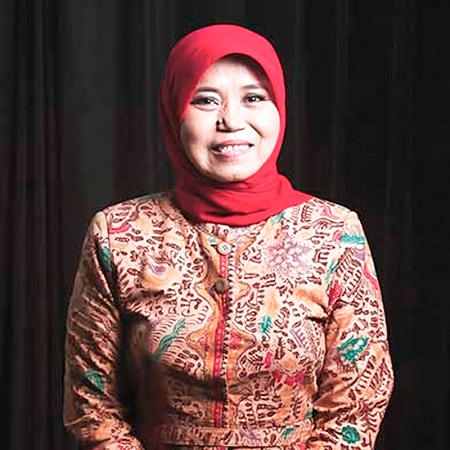 Tri Mumpuni, an alumnus of IPB University, was again included in the list of the most influential Muslim scientists in the world along with 21 other Muslim figures from Indonesia. The World's 500 Most Influential Muslims 2021 list is issued by The Royal Islamic Strategic Studies Centre.

As a scientist, the woman who was born in Semarang on August 6, 1964 has founded the Institute of People's Business and Economics (IBEKA). Not only that, she has also succeeded in building micro hydroelectric power plants in 65 villages spread across Indonesia. Not only domestically, her work is also felt by a village in a neighboring country, namely the Philippines.

In 2012, the alumnus of IPB University with the title of Electrical Woman was awarded the Ashden Awards. In fact, Tri Mumpuni's name was mentioned in the 44th US President Barack Obama's speech at the 2010 Presidential Summit on Entrepreneurship.

“When the electricity was on, they shouted Allahu Akbar. I often get goosebumps, people who live in remote areas, some even in the middle of the forest at first are used to complete darkness, finally get light from the power plant we built,” she said.

She has values that guide her life and struggle. Her life guide is to see electricity as the social capital of the community. For her, the effort to build a Micro Hydro Power Plant (PLTMH) is not a livelihood but an effort to make the community more empowered.

“Our approach is that electricity could be the social capital of the community. People are aware of the benefits given from this power plant. Therefore, they are willing to work in building and maintaining the sustainability of the facility without being paid,” she added.

She admitted that if using the existing financing system in Indonesia, the implementation of the construction of electricity facilities would not be easy. This is because the people's business as usual system is only seen as an object of development so that community empowerment efforts are not accommodated.

From this, development from remote areas is a breakthrough that has the potential to support the Nawacita Indonesia program. This effort is a golden opportunity for the people to improve their standard of living to become more prosperous. People with a higher socio-economic level must be willing to become facilitators so that the village community is able to raise their own standard of living.

“People will have a cash basis by themselves when they have assets. I'm not talking nonsense, because I have proven that it is a very possible thing," said Tri Mumpuni. (SWP) (IAAS/RDL)