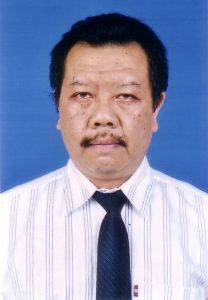 Prof. Sudarsono Soedomo said that agricultural development without being preceded by agrarian arrangements would produce the real face of agriculture. However, to this day, Law No. 5 of 1960 concerning basic agrarian regulations (UUPA), has not been fully implemented. Even 2/3 of Indonesia's land is not subject to the UUPA.

This was delivered by Professor of the Faculty of Forestry and Environment of IPB University in the Pre-Oration Press Conference (16/9). “The issuance of Law 5 of 1967 concerning the basic provisions of forestry (UUPK) became the forerunner of the existence of a state within a state. In summary, there is an institutional dualism in Indonesia's land political economy. And the impact is extraordinary to this day and for decades to come," said this IPB University lecturer from the Department of Forest Management.

One of the most devastating impacts, according to him, is the very unequal allocation of land in Indonesia. That is, 64 percent of Indonesian land is controlled and used exclusively by the forestry sector and the remaining 36 percent is used for various purposes.

According to him, such dominant land tenure, unfortunately, is not balanced with adequate performance. This can be seen from the contribution of the forestry sector to the Gross Domestic Product (GDP) which is less than 1 percent. There is an extraordinary inefficiency of land use.

“Of course, this situation must be stopped immediately so that the impact is not wider and more difficult to overcome. Especially concerning national food security. Fifth, why the above problem can occur? The cause is the illusion of abundance and sustainability,” he added.

In his presentation, Prof. Sudarsono said that in the period from the end of the Old Order to the beginning of the New Order, the Indonesian economy was in a slump. The government needs fast cash and immediately encourages investment.
“At that time, except for Java Island, most of the land surface of all islands were still covered by primary natural forest. Wood in the forest is very abundant. Timber mining investment increased rapidly and the country made quick cash. Natural forests became a money machine at that time,” he said.

With the illusion of abundant natural forests, he continued, and becoming a sustainable abundant money machine, many areas are claimed as "forest areas". Every effort to improve land allocation for more efficient development always faces tremendous resistance from forestry.

"This is a forest disease. As a result, the once abundant natural forest became a curse. Many settlements and people's land are trapped in it," he added.

Therefore, on this occasion, Prof. Sudarsono provides a way out of this agrarian crisis. First, land use must maximize the prosperity of the people (according to Article 33 of the 1945 Constitution). Second, compiling spatial planning by involving all sectors as a state political decision to separate the land into protected areas and cultivation areas.

“Third, contesting the use of land in cultivation areas which gives users the freedom to determine their business. Fourth, placing land affairs in non-sectoral or non-technical institutions. The Ministry of Environment and Forestry is limited to only managing forests. Fifth, agrarian reform needs to be expanded to reform the primary agricultural industry so that there is a new source of income for farmers," he said. (Zul) (IAAS/ADV)