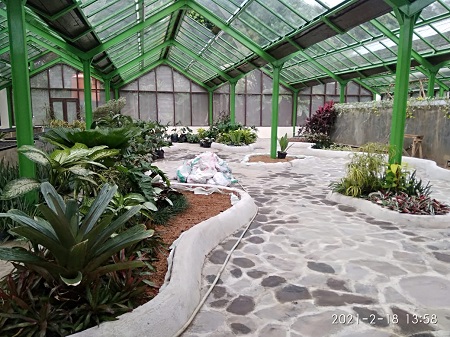 In general, architecture is identical to the arrangement of a building or building. However, there is another special aspect, namely the arrangement of plants which is commonly called landscape architecture. Such as the Department of Landscape Architecture (ARL), Faculty of Agriculture, IPB University as a leading undergraduate and postgraduate study program in Indonesia.

Dr. Akhmad Arifin Hadi, Chair of the ARL Department of IPB University, said that since 2017, the government has recognition to ARL IPB University undergraduate graduates who have a SArl or Bachelor of Landscape Architecture degree. He explained that ARL IPB University graduates can work in government, consultants, contractors, universities as well as State-Owned Enterprises (BUMN) in various regions in Indonesia and abroad.

"Apart from that, ARL graduates can also work in non-governmental organizations and become entrepreneurs," he said.

"In the field of research, we also annually hold the International Symposium of Sustainable Landscape Development, which brings together academics and practitioners of landscape architecture from all over Indonesia and the world," he said.

He further explained that his party continues striving to equip and deliver students as reliable professional landscape architects. Thus, graduates are not only active at the national level but also internationally.

"This begun to materialize because many alumni are working and continuing their studies abroad such as in Japan, Singapore, and Brunei Darussalam. Also, we want to strengthen the landscape architecture alumni network, because the success of ARL cannot be separated from the participation of alumni, for example in terms of graduate recruitment, student internships, and teaching and learning activities, especially practicum, " Dr. Akhmad Arifin Hadi added.