Dr Ernan Rustiadi: Landslides on Gunung Mas Must Be a Lesson 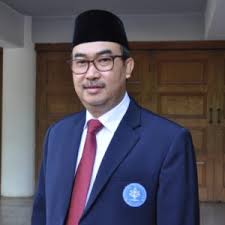 Head of the Institute for Community Service and Research Center (LPPM) of IPB University, Dr. Ernan Rustadi, assessed that the Bogor summit area is a barometer of spatial planning violations. This area is also a source of disasters that have resulted in landslides and floods in the downstream area, including Gunung Mas.

According to him, to anticipate the occurrence of these natural disasters, all elements of society must be involved. It aims to make people want to care for the environment properly and responsibly.

“The last natural disaster that occurred in Gunung Mas did not reflect the overall peak condition, because the peak was divided into areas with various characteristics,” said Dr Ernan.

He further explained that the landslide disaster in Gunung Mas occurred in a place that had forest land cover. “It can be said that there is no violation of spatial planning and there is no mistake in spatial use because it forgets the old crater area or ancient crater,” he added.

The ancient crater, he said, consisted of main material whose larvae collapsed easily, causing landslides. On the other hand, all parties do not anticipate the possibility of a disaster occurring, we even commit violations by exploiting which have environmental vulnerabilities that can destroy nature.

Dr Ernan added, but in other places, it could be said that there were also many land uses that were not in accordance with the spatial plan. Not only that, violations of spatial planning also exacerbate the conditions that cause it in such a way, so that carrying capacity is exceeded or increased vulnerability and causes natural disasters. Meanwhile, with the same extreme rainfall levels in the past, with a strong carrying capacity and good spatial planning, it does not cause natural disasters that harm the community.

"For this reason, all elements must rearrange in the peak area, because the peak area requires a detailed plan and a strict control system. Spatial planning generally stops only for planning, but when the planning is complete and mature, the control does not work," he said.

Furthermore, he said, in general it is true that the trees in the peak area can protect from landslides, but in some contexts they are the opposite, hard trees can be burdensome, so we have to fully understand the characteristics of these trees. For this reason, hard and heavy trees are not planted so as not to cause disasters and endanger the surrounding community.

"For this reason, the implementation of minotoring must be carried out on a regular basis, so that the landslide disaster can be predicted carefully and the potential landslides have already been studied. There are indeed contradictory things related to the peak area, on the one hand the peak area has a function. Good water infiltration, has a protection function, a conservation function that must be maintained. But on the other hand, the peak area is a section area for natural tourism which is a source of regional income. For this reason there must be a balance, must protect the environment and the ecosystem and there must be limits to utilize our nature resource so we are not exploiting than we should," he added.

Dr Ernan emphasized that actually he had been repeatedly reminded about the potential and occurrence of a disaster like this, only this time the echo was quite loud because it was located in a place with high activity with a tourist center managed by Gunung Mas.

“Let's do improvements in the top environment well. The incident in Gunang Mas was an alarm or reminder to watch out for. If it is not fixed properly from now on, at times it could result in disasters like now being repeated and the first victims will be the local community.” (awl/RA)