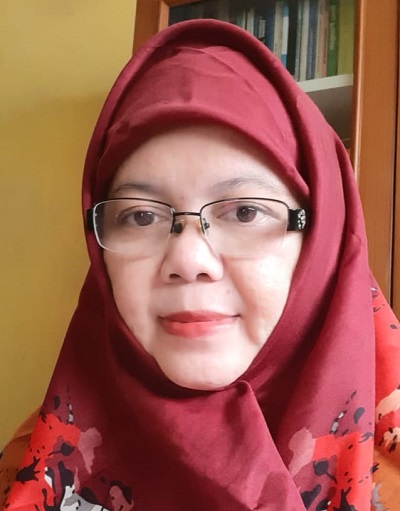 Marriage is a birth bond between a man and a woman as a husband and wife who aim to form a happy and eternal family based on the One True God. Sakinah family, mawaddah wa rahmah is a model of family that every human being craves.

In fact the ideal marriage takes place for good and is only separated by death. But in reality not all married couples are able to maintain it.

According to Dr Tin Herawati, Chairman of the Department of Family and Consumer Sciences (IKK), Faculty of Human Ecology (Fema) IPB University, the number of divorces continues to increase from year to year. According to data from the Directorate General of Religious Justice - Supreme Court, during the period January to August of 2020, the number of divorces in Indonesia reached 306,688 cases and 74 percent of cases were filed by wives.

The most divorce cases are at the marriage age of 0-5 years and this is consistent with the pattern of the previous year. Divorce also afflicts couples of productive age between 20-30 years. The first contributing factor to divorce is the ongoing strife and quarrels and the subsequent causes are economic problems.

Based on these conditions, the family's economic problems trigger insecurity in divorce. Economic problems can be caused by several things, including job losses, low incomes, debt and job instability. This condition causes dissatisfaction in the fulfillment of life needs and adversely affects family life.

The results of a study by the Central Statistics Agency (BPS) in 2020, during the COVID-19 pandemic, there was an increase in the vulnerability of families economically, especially for poor, vulnerable and working families in the informal sector. A total of 70.53 percent of respondents in the low income group (less than Rp 1.8 million) admitted to experiencing a decrease in income.

The declining income received by the family is one of the causes of family economic pressures. With this condition, the COVID-19 pandemic has triggered growing concern over divorce cases.  According to Dr Tin, the results of several studies show that economic problems contribute to increased stress, straining of husband and wife relationships as well as related to other problems. Such health problems and psychological disorders lead to divorce decisions.

Economic problems increase the risk of hostility and reduced emotional warmth in marriage and increase the risk of marital conflict. Therefore the economic aspect is one of the functions of the family that is very vital for family life. Economic strengthening is necessary and must be prepared early on, so that families will avoid divorce.

"To deal with economic problems so as to avoid divorce, the family must first have a stronger belief system (family belief systems), namely the ability of the family to give meaning to a difficulty faced, look at it positively and develop optimism in the future by placing confidence in God. Second, the family must have a well-organized organizational pattern (organization patterns). That is to be able to adjust to the conditions faced and create a closer relationship between family members.

Families should also be able to manage their resources (money, time). And lastly the family must carry out the communication process, namely the ability of the family to provide clarity on the problems faced, share positive feelings and emotions with each other. Working together in carrying out family functions including economic functions and being able to solve problems together," she explained. (IAAS/NAS)