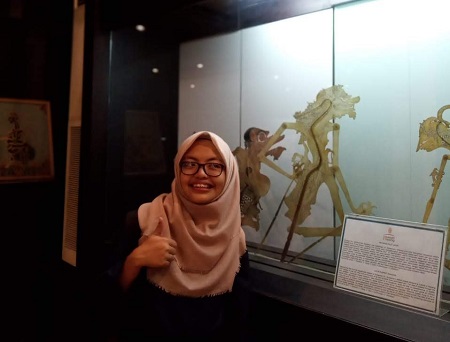 The death rate of mothers and children in Indonesia is quite high. Moreover, Indonesia is considered as one of 10 countries  with the highest death rate of mothers and newborn babies in the world. Based on Badan Pusat Statistik in 2017, at least there are two and eight newborn babies dead every hour in Indonesia.  This pushes Liya Windy Wahyudi, IPB University student from Family and Consumer Sciences Department (IKK) and Mega Ainun Ayu Wulandari from Agronomy and Horticulture Department to initiate Gantari Project for mothers and children. Through this project, Liya and Mega successfully won the 3d place in KATULISTIWA 12 National Essay Competition at University Brawijaya.

Through this program, Gantari Project invites all communities especially Posyandu and Puskesmas officers, government, health workers, and other related parties to collaborate in formulating, decision making, and also creating solutions or innovations related to mentoring for pregnant mothers which is aligned the needs of the community itself.

Liya admitted that she got the inspirations to establish Gantari Project was when she entered Community Development course. “I was inspired from this course which brought by the lecturer at Communication and Community Development Sciences Department (SKPM) and also a course from my department which explained about the 1000 First Days of Life. I also got many suggestions and recommendations regarding this project from my mentors at Pondok Inspirasi. The concept of the programs and the problems that will be brought and solved are using the materials from my lecture.” She added . Liya hopes that her project can be implemented and can be a solution for mothers and children in Indonesia. (IAAS/NRF)