IPB University Alumni: When I was in College, I was active in 13 organizations 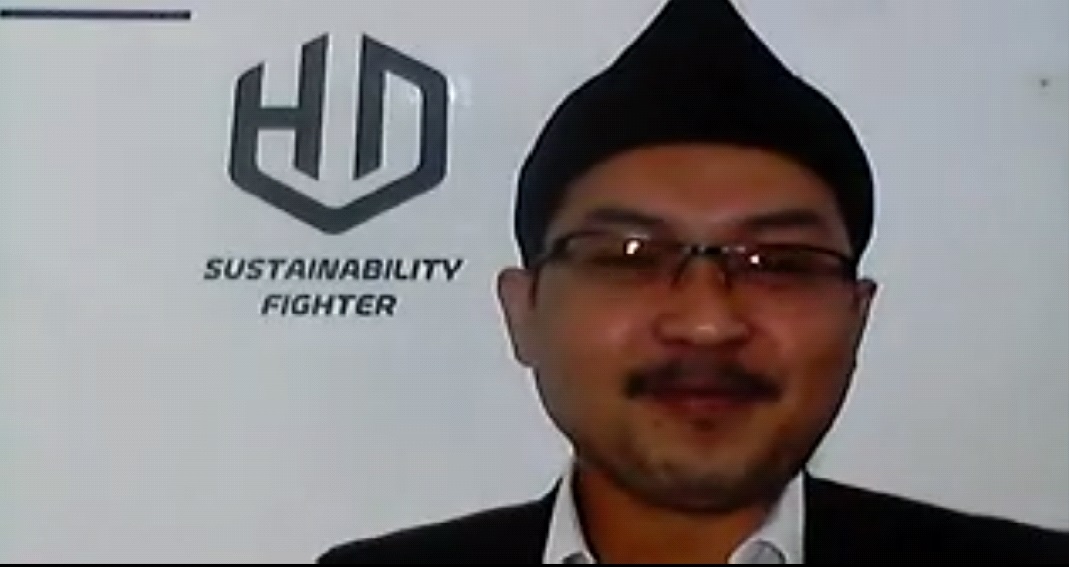 Herdiansyah, SHut, MM, a 38th batch of IPB University alumni who is also the Director of PT Trust Management, said that being a successful human being does not have to have a career or business, but there are other potentials that currently have great opportunities during the pandemic, namely managing social funds and managing coins.

Furthermore, Herdiansyah shared his career journey after graduating from IPB University. He said that Indonesia is a country that has the highest order in social terms. According to him, Indonesian people love to give, so even in difficult times Indonesians still want to share. "If this is managed properly, it will have a tremendous impact on the good of the country," he said at the IPB University Pre-Graduation Stadium event, (10/8). He invited prospective graduates to work while serving. "If there are two choices, want to be rich or want to serve? Then do both with the choice of getting rich by giving priority," he added. He said that even people who are already rich in the end want to share their wealth for social activities. With this social activity, Herdiansyah was able to travel around Indonesia and the world. He also felt proud because he had studied at IPB University. For him, IPB University is the best campus, even though studying at IPB University is full of assignments, it becomes a provision after graduation.

Herdiansyah admitted that when he was studying he was not only in college, but he was active in many organizations. There are at least 13 organizations that he participated in and he really enjoyed it, and it became a valuable experience for him. Furthermore, he motivated him not to give up easily. "Humans only need to make efforts, efforts are made to know what it feels like, even though we have to look for work, the more we struggle, the closer to success. All are tested with confusion, want to eat confused, humans are born confused. The task of humans is to resolve confusion. "he said. The father who was born in West Java in 1983 felt lucky to be able to study at IPB University. "We are graduates of well-known campuses. We have many friends throughout Indonesia, have passed IPB University anywhere, until the end of Papua we have friends, that's capital for us," he said again.

He made sure that the capital covered the weaknesses and IPB University graduates had to be ready to compete with anyone. "What must be ensured is how to choose the opportunity to work in accordance with your passion, that first, entering the opportunity, passing the interview, our place of business, study program, department, faculty, is not very important. If the GPA is not high, just relax," he said. Meanwhile, Handian Purwawangsa, SHut, MSc, Head of Sub-Directorate for Career Development of the Directorate of Student Affairs and Alumni Relations of IPB University congratulated the graduates who will graduate on Wednesday, August 12, 2020, this event is the first time to make history done online.

"Hopefully it doesn't reduce the meaning of graduation. Of course all of this has a lesson, after adversity there will be convenience, it's just how to deal with it positively," he said. He also said that in the studium generale this time there was material on online selection which was followed by the practice of focus group discussion (FGD). "If the graduates who take part in the selection are considered potential, they will be contacted directly by the company to take part in the next selection stage at the company," he said. (IAAS / Nas)