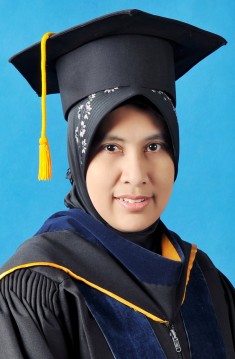 Sidaguri medicinal plants, celery and tempuyung can be used as an herbal anti-gout or gout-lowering herbal formula with an inhibitory mechanism against the enzyme xanthine oxidase (XO). This enzyme is an enzyme that can catalyze oxidation of xanthine to uric acid. The discovery of anti-gout standardized extract as a phytopharmaca material was achieved through a series of studies from upstream to downstream conducted by researchers from 2003 to 2011.

Researcher as well as a Lecturer at IPB University from the Department of Chemistry, Faculty of Mathematics and Natural Sciences (FMIPA), Prof. Dyah Iswantini said, the results of this study had found a standardized extract formula that has anti-gout efficacy that is able to reduce uric acid levels and anti-inflammatory or anti-inflammatory. The results of this study have been patented and have now been declared granted with number: ID P 0025311 (year 2010). Some of the results of this study have been commercialized, namely: Nuric. The discovery of the anti-gout formula has received an award from the Indonesian Ministry of Research and Technology in collaboration with the Business Innovation Center (BIC) as one of the 100 Most Prospective Indonesian Innovations in 2008.

Further said, the formula that has the potential as an anti-gout that has been found in previous studies containing celery raw materials with high composition so as to enable high production costs. This is certainly less profitable in the efforts to commercialize products. To overcome this, it is necessary to reformulate the existing anti-gout formula in order to obtain a new anti-gout formula with high activity but competitive production costs.

"This reformulation effort has been carried out, the results of the study show that a new formula with high economic value has been obtained. This is because the extract of the formula compiler consists of celery extract which has very small portions and the solvent used is water. The efficacy of this new fomula is very promising because "It's almost the same as allopurinol as a positive control. This property is not only as a lowering of uric acid in the blood but also has anti-inflammatory and diuretic properties," explained Prof. Dyah.

Prof. Dyah explained, the target of the next two years research is to produce antigout-standard herbal medicinal products or lowering uric acid that have been registered with BPOM and ready to be commercialized. Research is currently underway to achieve the target of commercialization in collaboration with PT BLST and PT Biolife Indonesia.

Antigout commercial products or lowering uric acid are expected to be attractive to the community with the aim that the community can contribute in efforts to increase the added value of Indonesia's biodiversity. This product is also expected to be a useful preparation for the health of the Indonesian people in particular and the world in general.

Prof. Dyah hopes that after producing anti-gout commercial products consisting of gotu kola extract, cat's whiskers and tempuyung later, people with gout or gout in Indonesia can consume this anti-gout Indonesian herbal medicine. This is the participation of the Indonesian people in the success of the government program namely Saintification of Herbs (scientific evidence of herbal medicine through health service-based research) that has been launched since 2010, the focus of the disease is: Hypertension, hyperuricemia (uric acid content in high blood), hyperglycemia (blood sugar content) high) and hypercholesteromia (high cholesterol content in the blood).