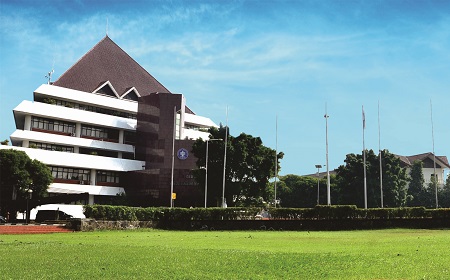 IPB University has reached top 531-540 in the QS World University Ranking, recently released on the 10th of June 2020. This year’s rank of IPB University is an increase of around 100 spots from its prior position last year (601-650). QS World University Ranking is one of the most referred to ranking systems of world universities, including Indonesia. This year, among an estimate of 5,500 higher education institutions, 1,000 are included in the ranking system, including 8 public universities in Indonesia. Rector of IPB University, Prof Dr Arif Satria, expressed his appreciation due to this achievement. He expressed his gratitude and appreciation towards everyone who has contributed in the QS WUR rankings. He believes that it is the result of hard work in all programs to increase research performance and internationalization, along with the high spirit of innovation. The momentum from this achievement will continuously be kept up through increased publications, graduate employability, internationalization, and reputation (for both academic and employers) so that next year, IPB University can maintain the performance and contribution to academic field and society. The release of the QS World University Ranking results confirms IPB University’s position within the community of global universities, following the recent release of the QS World University Ranking by Subject on Agriculture and Forestry 2020 which places IPB University in Top 59 in the world (which is named in Top 10 in Asian region after other universities from China, Japan, South Korea and Thailand), and 77th according to Times Higher Education – University Impact Ranking 2020. Furthermore, Prof Arif stressed that rankings are not the goal, but a result of the progressive and innovative implementation of higher education best practices. IPB University’s orientation is still towards massive contributions in strengthening innovation for the people’s wellbeing and the advancement of the nation.