Deni Lubis: Waqf Is the Right Instrument for Human Development 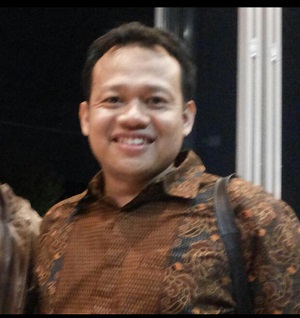 Looking at the history of waqf in the world, we can see that waqf has such a big role in the development of human resources and welfare. For example, productive endowments at Al-Azhar University in Egypt were able to print thousands of Muslim scholars from around the world. They get scholarships and boarding while studying at Al-Azhar University. In addition, the management of waqf in other Muslim countries also has a large impact on human development.

According to Deni Lubis, SAg, MA, the Sustainable Fund Management Team and Waqf of IPB University, not only in Muslim countries, the management of assets in the West that is similar to waqf is also widely practiced. Usually in the form of foundation and funds that are managed in the form of endowment.

"For example Harvard University. The first and well-known tertiary institution in the United States, which was founded with the contribution of a man named John Harvard, donated most of his wealth and 400 books to establish a new college which was later renamed Harvard University to honor the donor. In 2019 endowment funds or similar endowment funds owned by Harvard reached $ 40.9 billion. This is the largest education fund in the world. The fund is managed by a professional institute of Harvard Management Company, Inc. We know that Harvard's contribution is so great for the advancement of science and technology, "he said.

In the period before independence and the beginning of independence, many children of the country could not access formal education. Only children of the noblemen and children of colonial officials were able to receive an education. The establishment of Islamic mass organizations that open formal and informal educational institutions can help Indonesian children get an education at that time. Educational institutions established by mass organizations mostly come from endowments, infaq and alms, especially endowments of land and buildings.

"Through endowments and other religious social funds, the existing social organizations (Ormas) are educating Indonesian children when the state is not present and unable to provide education for its people. Pesantren was one of Indonesia's first educational institutions that provided affordable education to people at the time and had been established hundreds of years before this country existed, "he explained.

The establishment of Nahdhatul Ulama (NU), Muhammadiyah and other organizations supported by Islamic endowments made the organizations continue to develop their work in building human resources. For example, NU has thousands of pesantren and dozens of tertiary institutions, most of which come from endowments. Muhammadiyah has 174 tertiary institutions and 7,651 schools and madrasas which stand on waqf. In addition to educational institutions, mass organizations have also developed hospitals, polyclinics, as well as business units, such as mini markets, baitul mal wa tamwil (BMT), and others from this endowment.

The characteristics of waqf which has the nature of eternity and continues to grow, making the benefits of waqf will continue to flow and grow large along with the times. Zakat, donation, alms and other funds will be exhausted right away, because it is intended to help groups who find it difficult to make ends meet. While endowments enduring and growing.

According to him, the benefits of waqf are like an old man who planted fruit trees or coconut trees whose harvest takes a long time, while he himself may not be able to enjoy the results of the trees he planted. But he believes that his children and grandchildren will one day enjoy the fruit and benefit from the trees he planted. The bigger and more trees, the more fruit that can be enjoyed in the future.

Just as above, Al-Azhar University, Harvard University, NU Organizations, Muhammadiyah with educational institutions began with the waqf which then grew larger and larger, where the original founder and donors may not feel and see their development. But the benefits are still felt by the generations that follow and the generations to come. Waqf is an instrument to prepare a better generation and quality in the future. (IAAS/FAP)