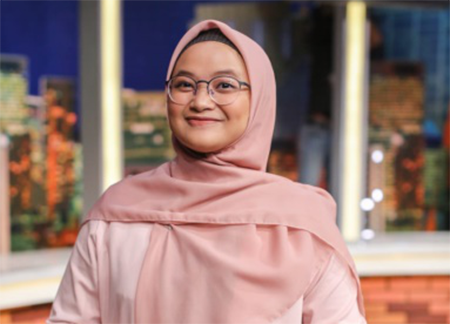 Putri Gayatri is a student who actively voices the rights of women and children. Her interest towards the issue of women and children led her to be awarded as the Young Kartini Tempo Magazine 2016. She was also awarded as the GenRe Inspirational Ambassador from the Kabupaten Bogor Government on 2019 and  Child Ambassador of National Child Forum 2017. In addition, Putri was also active on voicing the rights of disability so she was awarded as the Youth Heroes for Disability by West Java Province Government in 2016.

In order to voice the issue of women and children, Putri had a chance to be invited as a speaker in Kick Andy Talk Show with the episode Save Indonesian Children, a speaker at INSIGHT event with Desi Anwar, and a speaker at the National Health Conference that was held by the Indonesian Ministry of Health 2017.

Not only in national level, Putri also contributed to voice the issue of women and children in international level. Noted that Putri was invited as a Child Delegate for the 70th United Nation General Assembly in New York in 2015, Youth Speaker for Annual Meetings IMF and World Bank in Nusa Dua Bali in 2018, Youth Delegates for Children and Youth Assembly the Seventh Asia-Pacific Urban Forum in Malaysia in 2019, and Youth Ambassador for Employment Solution Plan International in2019. Putri also had the opportunity to receive a research and education scholarship in Kyoto University in 2020, and exchange scholarship to Hamilton Secondary School, Australia in 2017. (IAAS/ELS)