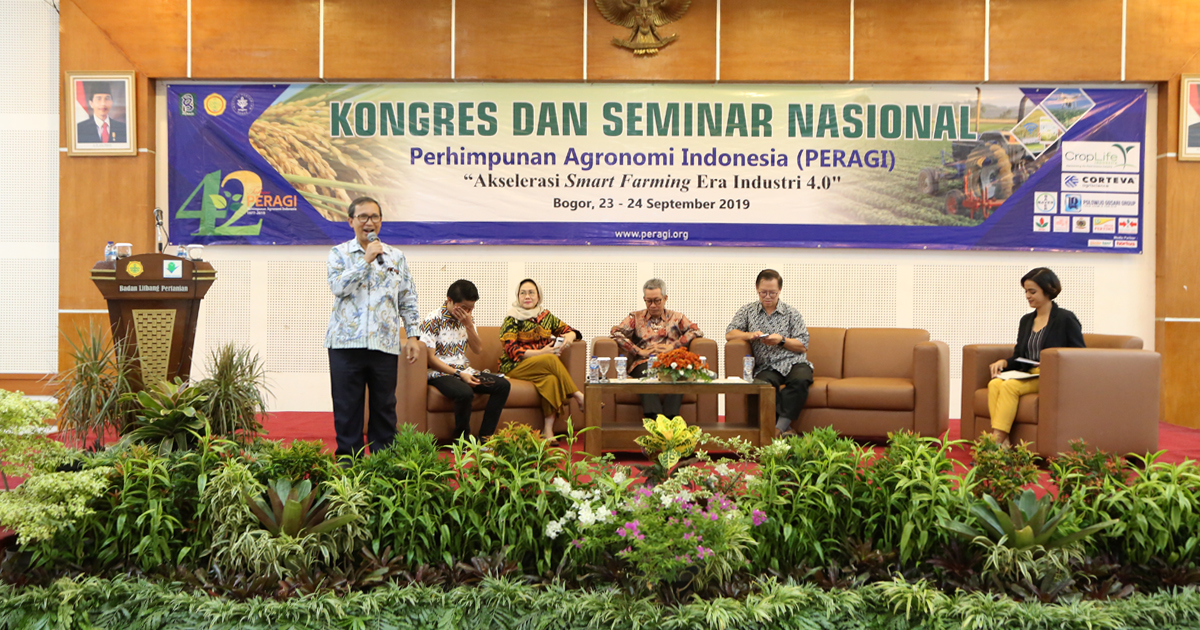 Minister of Agriculture of the Republic of Indonesia (RI), Amran Sulaeman said that Indonesia was ranked as the fifth largest exporter in the world. Even for Gross Domestic Product (GDP), Indonesia won the fifth best position out of 224 countries in the world. This was conveyed by Minister Amran when attending the Congress and National Seminar of the Indonesian Agronomy Association (Peragi) at the Sadikin Sumintawikarta Auditorium-Bogor, (24/9) as a result of collaboration between Peragi, IPB University and the Indonesian Ministry of Agriculture.

"Exports have all gone up. Even our economic growth in agriculture has recently reached 3.7 percent. This figure exceeds the target set by the government 3.5 percent. This success is inseparable from the role of the Diagi so far, the Diagi who contributed the most. In the future, I want Diagi to make something people don't think about. For example, make a large pumpkin that can shock the world, with technology certainly can. I also hope that Diagi can think out of the box, make something that people don't think about. In addition, in the digital age, Peragi must change according to current changes, "he added.

"The technique of precision farming cultivation conditions the cultivation of agriculture is carried out according to the needs of plants quickly and precisely. "It is hoped that millennial generation will be more interested in pursuing agricultural business in supporting their family's economy," he said. (NR)