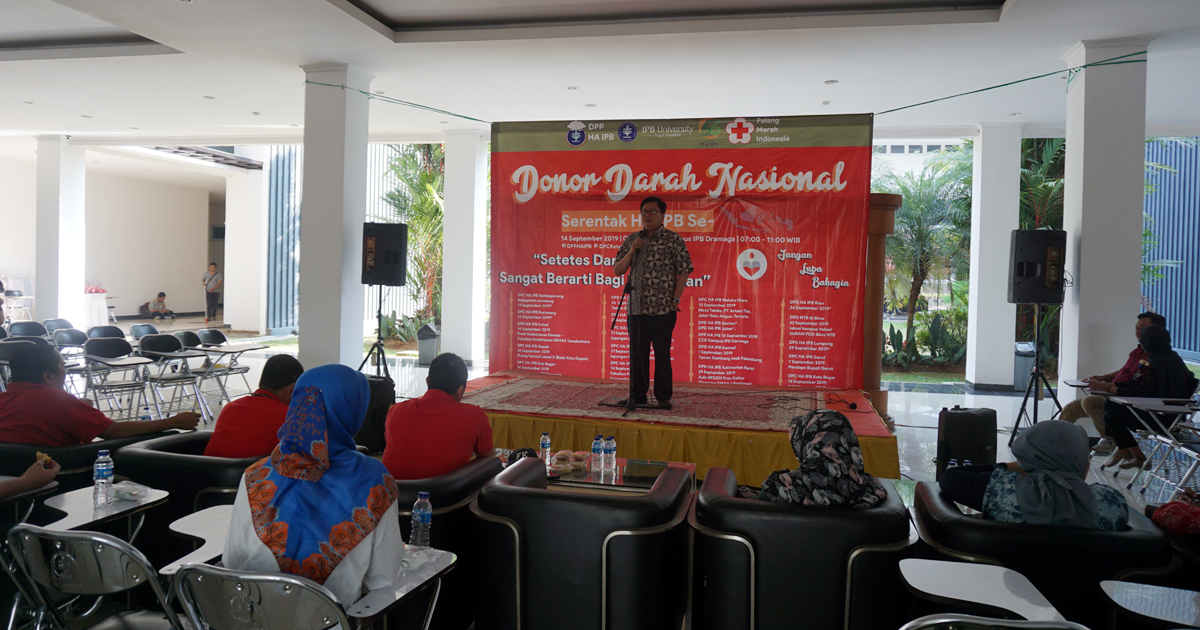 In 2018, a similar event was held at 12 different points in Indonesia and managed to collect 1200 blood bags. This year's blood donations were held simultaneously at 20 different points and the series began on September 1 in Palembang and then continued at other points such as Riau, Lampung, Palembang, Banten, Ciamis, Karawang, Sukabumi, Bogor, Depok, Garut, Surabaya, East Nusa Tenggara (NTT), West Nusa Tenggara (NTB), Pontianak, South Sulawesi, Ternate, and Enrekang.

"The final target is to have around 5,000 blood bags. We wish to have some kind of agreement with the Indonesian Red Cross (PMI) that is when our alumni need blood everywhere in Indonesia, we have priority scale," said Syafrul Bachtiar, Chief Executive of this event.

Meanwhile, the Chairperson of HA IPB University, Fathan Kamil, hopes that this event can become an echo of IPB University's participation in prospering Indonesia. The hope, in the following year the national blood donor movement can be carried out in 30 provinces in Indonesia.

Prof. Dodik said that each year the needs of blood on national level still lack nearly one million bags of blood. "For this reason, blood donation activities like this are a real form of brotherhood because we donate a part of ourselves with others," he said.

The national blood donation at IPB University this time managed to get approximately 500 donors from all circles, both students, employees, and alumni of IPB University and surrounding communities. (RYS)