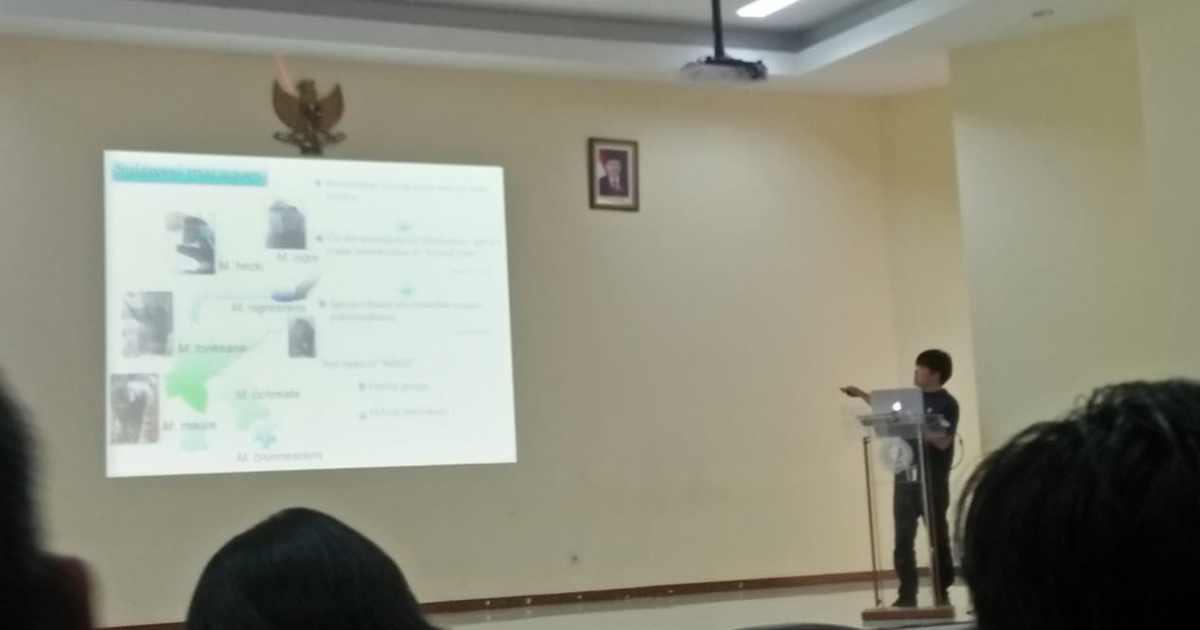 The Department of Biology, Faculty of Mathematics and Natural Sciences, IPB University held a symposium on the latest research on behaviour based on genetics. The symposium was held at the Auditorium of the Faculty of Mathematics and Natural Sciences (FMIPA) of IPB University on Dramaga Campus, Bogor (9/9), and was attended by IPB University students from various majors and levels, including some foreign students. Speakers presented at the symposium were Yohei Terai, PhD, from Hayama, Japan; Kanthi Arum Widayati, PhD, a researcher and lecturer at the Department of Biology at IPB University; Michael Raymond, PhD, from the University of Montpellier, France; Sarah Nila, PhD, and Winati Nurhayu, PhD, who had completed their doctoral program at IPB University this year.

The hot topic was also discussed from a scientific point of view, namely feminine behaviour in men. Sarah's research showed that there is a gene called Pleiotropic that can be expressed in women and men. If this gene is expressed in men, it will increase femininity in men. Using morphometrics on the faces of non-feminine men and feminine men, Sarah said that the faces of feminine men look less masculine.

Michel Raymond's research showed that the attitude of humans in taking or avoiding risk is also determined by genetics. Yohei Terai, who conducted a study about Macaca on Sulawesi Island, also found that there are hybrid species that are caused by the unclear lineage of the Macaca. This leads to the evolution of the Macaca. Kanthi, who has just published a journal about taste receptors, explained that the ability of the living organisms, in this case, it is Macaca, to taste the bitter taste is caused by TAS2R38 gene. In addition, geography also affects the sense of taste. (ASK/Zul/zsp)