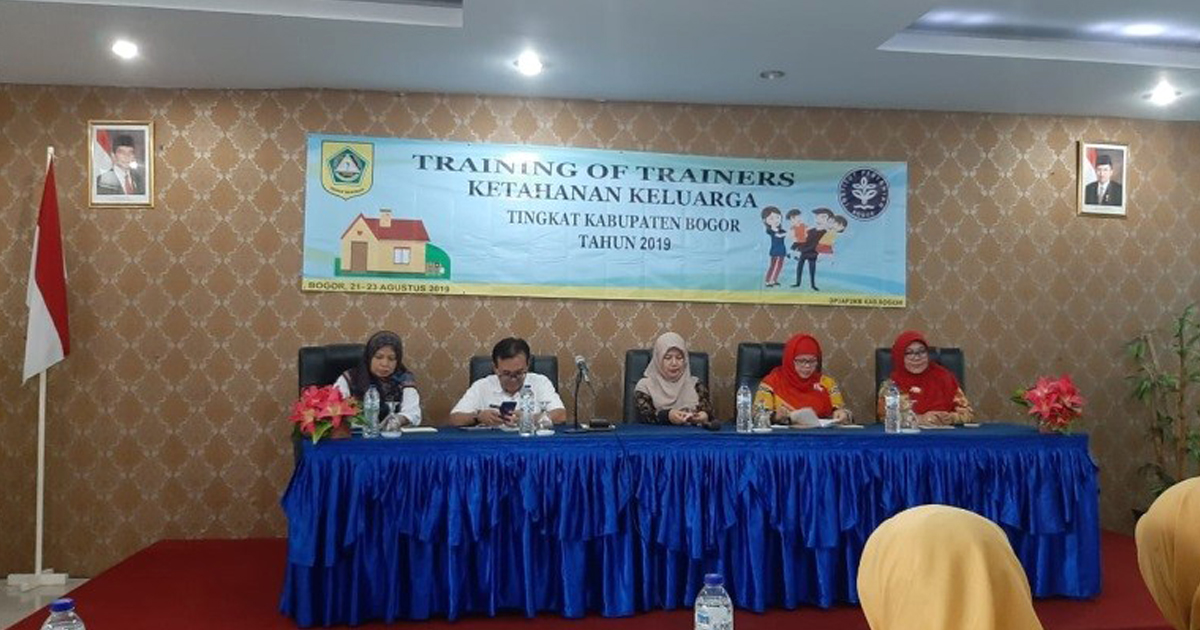 Cadres from ten priority villages in Bogor Regency received Family Education training from the collaboration between the Department of Family and Consumer Sciences (IKK), Faculty of Human Ecology (Fema) IPB University with the Office of Women's Empowerment for Child Protection for Population and Family Planning (DP3AP2KB). The training was held at the Gumilang Hotel, Cipayung Bogor (21-23 / 8).

According to the Head of the IKK Department, Tin Herawati, strengthening family education capacity for activity groups in Bogor Regency, especially in preventing the occurrence of stunting is very much needed. This is also considering that Bogor Regency is the district with the largest area and the largest population in West Java Province as well as an area of agricultural food sources that is still extensive.

"This capacity building is needed so that activity groups in Bogor Regency can more optimally carry out the function of family education to reach more prosperous families in Bogor Regency, one of which is through efforts to prevent stunting," she said.

The same thing was also conveyed by Asep Fahrudi as Head of Family Planning for Family Welfare and Family Security, Bogor Regency. According to him the stunting rate in Bogor Regency is still around 28 percent. Even though it is still below the national figure, this is certainly one of the fundamental problems in Bogor Regency considering that stunting children have a high risk of failing to grow and develop in subsequent periods. (RYS)