Stressed Out from Traffic, IPB Students Research the Policy of Modern Angkot in Bogor 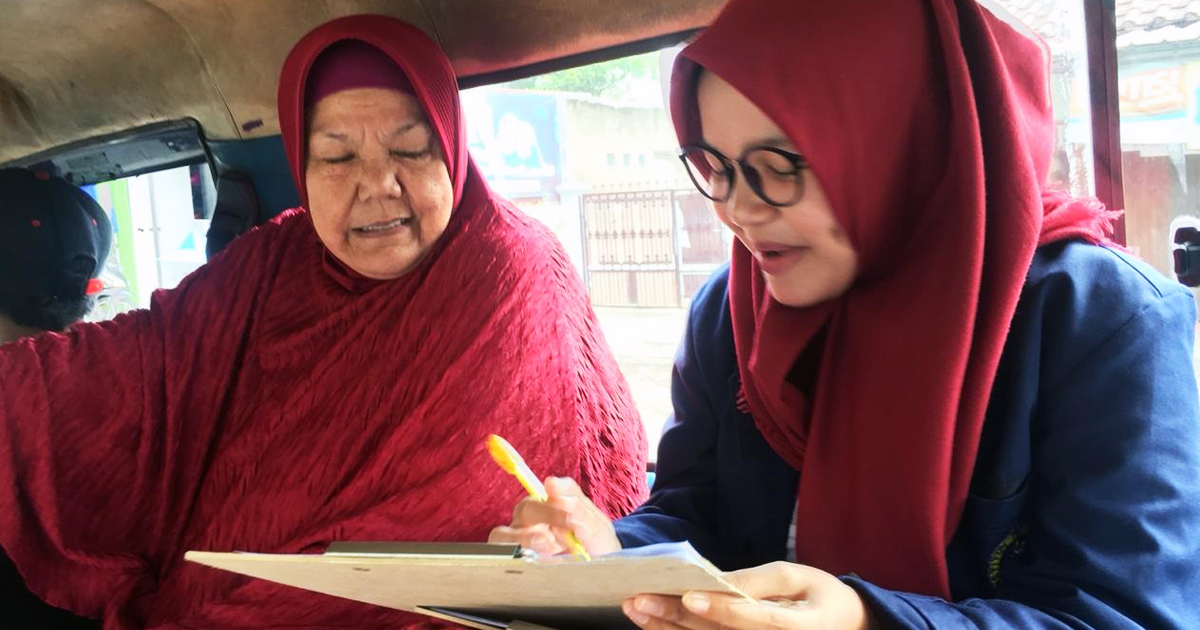 Based on the Driver Satisfaction Index, Bogor City is the city with the second worst driving comfort in the world. Public transportation occupies the second largest position after motorized vehicles so angkot (public transporation in the form of car) becomes a contributor to congestion in the city of Bogor. Various policies have been carried out to unravel congestion, by building alternative roads, implementing a single path, including the policy of rerouting modern public transportation.

Three students from the Department of Economics of Development Studies, Faculty of Economics and Management, IPB University who are members of the Student Creativity Program for Social-Humanities Research (PKM-PSH) conducted research related to cost benefit analysis of the policy of rearranging modern angkot routes in order to overcome congestion in Bogor. The team consisted of Ira Margariti Rachman Putri, Tika Nurhayati, and Ngilu Mia Andreni Sari who was supervised by Dr. Muhammad Findi, M.E. This research was motivated by the curiosity of the team members regarding the stigma of Bogor as the "City of a Million Angkot".

"We want to calculate both the cost and the benefits. The results of these calculations will show that Angkot entrepreneurs who are willing to convert their angkot into modern angkots provide a return (profit) for entrepreneurs or not," said Ira, regarding the objectives of the PKM.

However, this policy was apparently not widely known among the public. From the results of an online questionnaire that was circulated by the Bogor City Government, it was found that 68.4 percent of respondents did not know about modern angkot. Rerouting angkot has not yet run due to obstacles in the field. However, the government is still trying to carry out this rerouting.

Initially, this policy aimed to ease the society who came from less-accessible region to be able to commute better with angkot, but currently the rerouting is still pending. "This is because, when applied several times, angkot drivers feel that the income they earn is so little so that the deposit money cannot be paid. In addition, the modern angkot conversion policy makes conventional angkot drivers object because they are considered as new competitors in addition to the proliferation of online transportation," he said.

The facilities provided by modern angkot such as air conditioning, wifi, chargers (plugs), TV, automatic angkot doors, and payments using e-money finally did not work long. The friction that occurs between conventional angkot and modern angkot makes the operation of thisangkot must be temporarily suspended. The dismissal of modern angkot has caused losses for angkot entrepreneurs because the financing of angkot conversion is entirely borne by entrepreneurs.

So that eight modern angkot units previously operated on the Pasar Anyar - Citereup route no longer use some of the facilities that were previously available on modern angkot. Such as CCTV, AC, cash repayment methods, close advertisements on public transportation and replace paints like conventional angkot. The goal is that the angkot can operate again and cover the loss of angkot entrepreneurs.

The result of this research gives recommendation for the government regarding the effectivity of modern angkot rerouting policy. Besides that, the information will give some picturization to the angkot entrepreneurs to think about investing back to modern angkot. For the society, this information gives knowledge to how far the policy is implemented.

“We hope that the great partnership between the policy makers and angkot stakeholder will improve the service of public transportation in Bogor,” closed Ira.