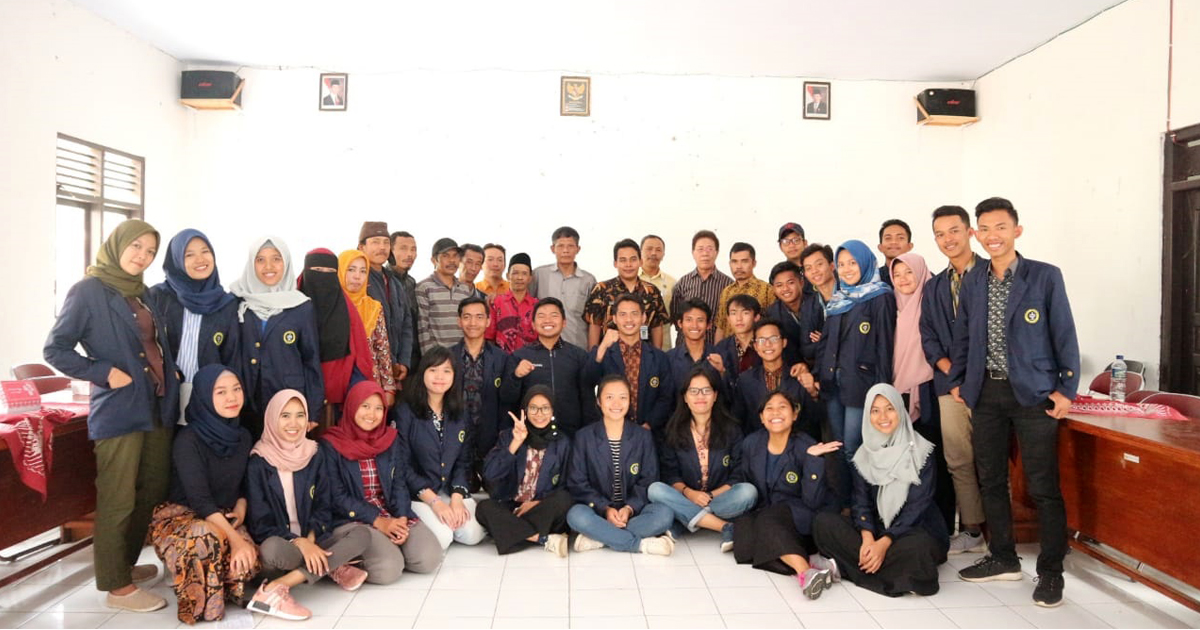 IPB University students who took part in the 2019 Real Thematic Work Lecture (KKN-T) conducted a survey of the condition of clove plantations in Paninggaran District. The results of their survey were presented in Critical Problems Paninggaran Clove Workshop and Discussion in the Hall of the Paninggaran Sub-District Government Office, 24/7. Clove which was once a mainstay of the economy of the people is now attacked by molasses which is still a mysterious cause.

"Based on the results of the survey, 98 percent of clove plants in Paninggaran Subdistrict were attacked by molt disease, which was characterized by symptoms of leaf loss and moltation, twig death and the presence of cancer that appeared on plant stems and twigs. The issue of clove plants in Paninggaran District is very complex. Therefore, a structured, systematic and massive effort is needed by involving various parties to restore the glory of cloves in Paninggaran," said Bayu Aji Krisandi, IPB University student.

Based on the exposure of the executor of the Paninggaran Sub-District Head, Drs. M. Edy Yuliantono MM, cloves are a symbol of the glory of the Paninggaran community. But in recent years there has been a drastic decline. The average annual loss borne by farmers reaches three billion rupiah.

"We lose around three billion rupiah per year. This discussion is certainly a way that really deserves appreciation. Hopefully the discussion which was attended by all the figures involved in the issue of cloves can produce the best solution, restore the glory of cloves like in the past. Hopefully this time IPB University students will be like our saviors," said Drs Edy.

Meanwhile, according to Yarkoni, the observer of the clove plant, this clove problem in Paninggaran began with the existence of a clove leaf refining plant in Paninggaran. The existence of the factory encourages farmers to take clove leaves which fall out in the clove plantations to be sold to leaf refineries. The clove leaves that fall out basically will break down into the soil to become fertilizer and will supply nutrients to the plants. So that when the leaves fall out, they need to be replaced by regular fertilization to replace the nutrients from the fallen leaves.

From this discussion it was concluded that there are steps that must be followed up more deeply. Such as data collection of clove farmers, the initiation of the formation of a clove farmers association, efforts to mass eradication of dead clove trees and awareness of farmers about cultivation of crops, compost, and clove pests. (RYS)