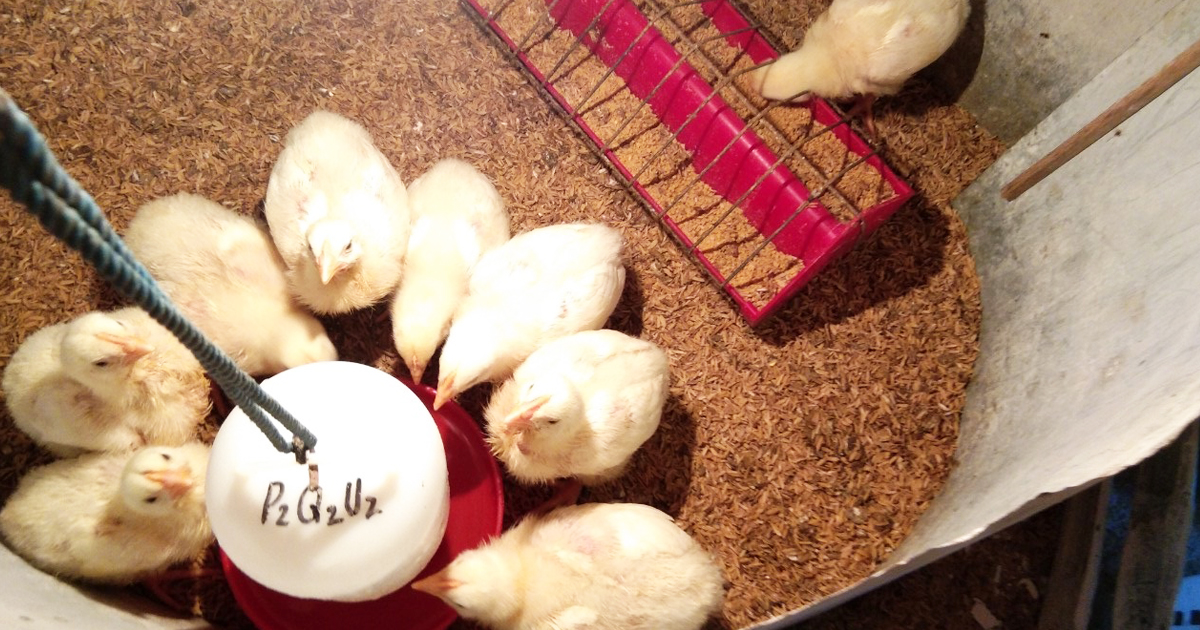 Most of the maintenance of broiler chickens in Indonesia still uses an open cage system and does not pay attention to sewage disposal and processing systems. The open cage system on traditional farms produces an odor in the form of gas that pollutes the environment, namely ammonia. Ammonia gas more than 25 ppm will be harmful to the health, productivity and environment of the chicken coop.

IPB University students, Ones Putra Hulu, Martina Sihombing and Rios Hendri Saputro also felt and were aware of the problem. Sajira Barat and Binjai Hulu villages are two of the many areas affected by ammonia odor pollution. The residents there protested and demanded the closure of the farm.
Starting from an exchange of ideas with technicians from the Faculty of Animal Husbandry, the three found the idea of using silver nanoparticles (AgNPs) as a solution for stinking cages. The purpose of giving AgNPs is that the ammonia source of odor in the cage can be removed and livestock and workers can feel comfortable.
"Based on the information that has been obtained, research using silver nanoparticles is still rarely studied in Indonesia, especially for livestock. While some farms are often evicted due to the smell of cages that pollute the environment always happens. Finally we get information that silver nanoparticles have the potential to remove ammonia, "said Ones.
Rios added that the factors influencing ammonia were temperature, humidity, and gram negative bacteria producing the urease enzyme. Nanotechnology applications allow silver to be formed into nano size so that it has a high anti-microbial ability.
For information, AgNPs are usually used as multifunctional supplements such as antibiotics, antibacterial, antimicrobial, antiseptic, disinfectant, and water purifiers. Some can improve chicken performance and egg production. Another function is being able to kill various kinds of bacteria, a fast healing process for certain diseases.

"We tried applying these silver nanoparticles in two forms, liquid and fog. The form of liquid is given as drinking chicken, while the form of mist is sprayed in the cage during the day. The fog tool is modified so that it can be applied to the chicken coop, "Martina said.

From the research conducted by Ones and his two colleagues, it was found that the provision of drinking water with AgNPs 2 ppm was the best to reduce ammonia. The three target publishing journals while continuing to develop their research. (Rz / Zul)