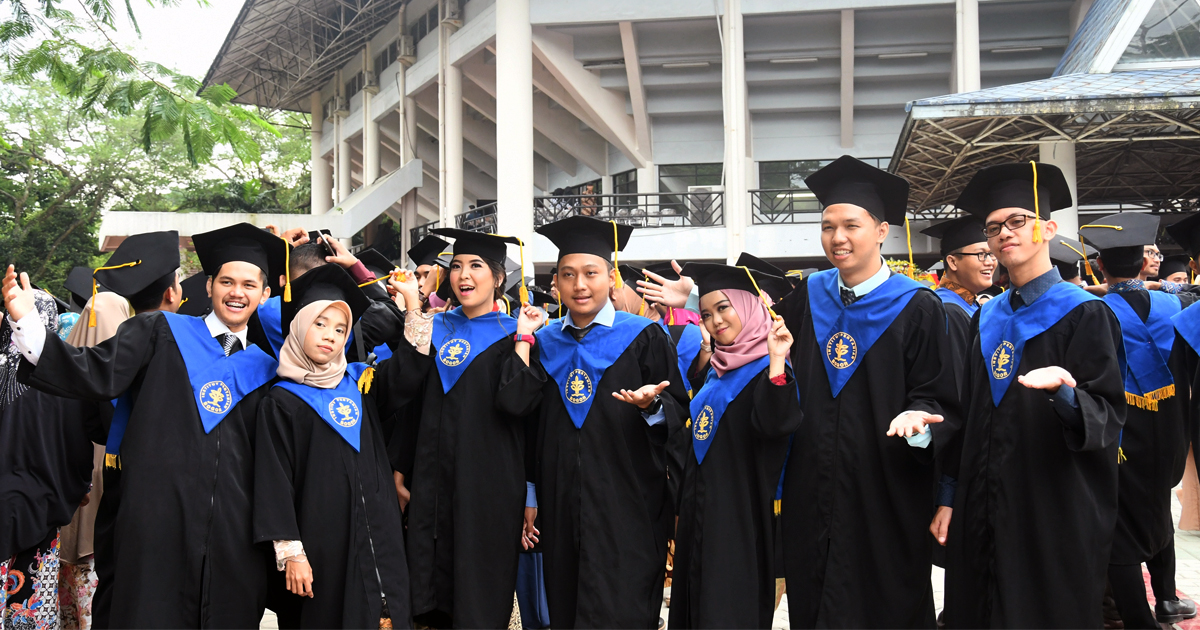 Currently the world is in the midst of a technological disruption era, which shifts to Industrial Revolution 4.0 era encompassing three domains; digital, physical, and biological domains. The era is marked by the inventions of artificial intelligence, mobile supercomputing, intelligent robots, Internet of Things (IoT), and big data which need cyber security, biotechnology and gene editing.

This development drives environmental change in a faster, uncertain, complex, and ambiguous fashion, which is known as the VUCA (volatility, uncertainty, complexity and ambiguity) condition. IPB University is further required to prepare its students to not only possessing the main competence according to their discipline (hard skill), but also tomorrow people skills so that they will be a powerful agile learner as the main concept of competitiveness and nation development in Industrial Revolution 4.0 era an future challenges.

A Diploma Supplement (SKPI) is an official statement letter containing the information  about the IPB University graduates' competence according to their achievements or academic and non-academic (co-curricular and extra-curricular) qualifications. This SKPI has actually been launched by several departments, which was only given strictly to their respective graduates for the last few years. However, in the graduation batch VI on June 27 2019, for the first time SKPI is launched at the institution level to all Bachelor graduates of IPB University, with more relevant information to meet the demand of Industrial Revolution 4.0.

SKPI IPB University refers to Indonesian National Qualification Framework (KKN), UNESCO Convention, and Ministry of Education's Regulation No. 59 2018 about diploma, competence certificate, profession certificate, title and how to write it. SKPI is written to accompany a diploma and academic transcript, If a diploma is a proof that one has finished a certain level of education and transcript contains of their grades during the study, then SKPI provides an information about their soft skills which are needed by employers.

Aside from the information about academic achievements, the other things contained in IPB University SKPI are all co-curricular and extra-curricular activities, including the student's achievements in competitive activities, international mobility, awards, seminar/conference/worskhop attended, organizational experience, scholarships, and activities related to character development, soft skills, and profession.

IPB University's Rector, Dr. Arif Satria said that the thing that differentiates IPB's SKPI with the other universities' SKPI is that the information about co-curricular and extra-curricular activities are described in four skill sets, which can represent the competence and qualifications of the graduate and their relevance to IPB University's vision and Industrial Revolution 4.0 era demands.

Those skill sets are complex problem solving and critical thinking, which show that IPB University graduates have a broad horizon for powerful agile learners. Second, creativity, communication and technology savvy, which show the graduate's interest to inspire a passion and empower a lifelong learning. Third, collaboration, curiosity, and persistence, which represent a willingness for personal growth and pursuit to be the best. Fourth, intuitive, leadership, initiative, integrity, social and cultural awareness and nationality as positive characteristics which have to be possessed by all IPB University's graduates.

"IPB University's SKPI will be very helpful to improve transparency and recognition to its bearer and is easier to discern by employers on national and global levels," said Dr. Arif.