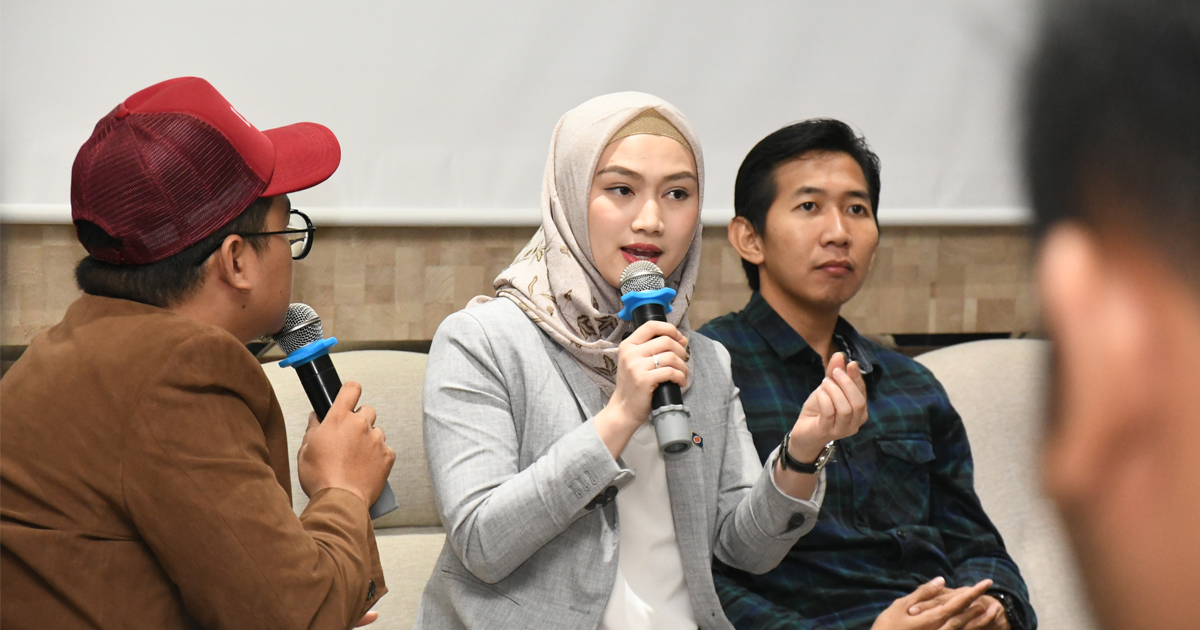 They are Alfi Irfan, CEO of Agrisocio, who through his business has been able to produce 72 products and collect 95 farmer groups with 1,800 hectares of agricultural land. While Megumi Kurimoto, Ceo Kuri Berry Farm, strawberry entrepreneur from Japan, through limited land, is able to produce quality strawberries using technology. Megumi also collaborates with jammers and various strawberry derivatives.

Megumi is a college graduate who has entered the world of agriculture. According to him, the Japanese government strongly encouraged the young generation to move in agricultural sector because Japanese farmers were already old. Japan really doesn't want to depend on foreign agricultural needs.

While Andreas Senjaya, CEO of iGrow is a platform that can connect farmers, landowners and people who want to invest in agricultural business.

Meanwhile, Dean of the IPB Business School, Prof. Dr. Noer Azam Achsani said that this activity had been carried out since 2014. IPB is one of the universities representing Indonesia in the collaboration between ASEAN MAFF and Japan. This collaboration involves many universities where one university is represented by one country.

"In Indonesia, the representation is IPB. This collaboration in the framework of building mutual understanding between Indonesia and Japan. Both countries learn from each other by giving lectures from Japanese to Indonesia, and vice versa, "he said.

In the past two months Japan will send experts to Indonesia. What is presented is all aspects of agriculture in Japan, starting from on farm, processing, marketing and including exports and imports.

"Open opportunities for exchanging lecturers, practitioners, CEOs and students from Japan to Indonesia. Next year. "Japan will send 20 students to study at SB IPB," he said.

"In addition, Japanese people are surprised, why is this country as big as Indonesia still imported. Why are domestic needs insufficient. In Japan, rice is harvested once a year. But the results are sufficient. Also related to sugar, why should it be imported. There is something that must be addressed. So it's important to learn from them. Like what Japan does, I think our strategic agriculture must rely on domestic production. Through this event, it is hoped that in the future there will emerge young agricultural entrepreneurs from the IPB Business School, "he said. dh / Zul)