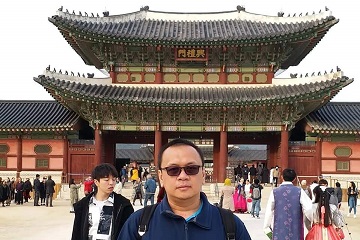 National Zakat Agency (Baznas) has officially used CIBEST model from IPB University to manage the zakat fund nationally. The use of CIBEST model is applied in Central Baznas, 34 Province Baznas, and 514 Cities and Districts Baznas.

CIBEST Model is a model of calculating poverty and welfare based on the ability to fulfill material and spiritual needs. It focuses on how to increase the material income and strengthen the spirituality. It has been officially registered in the Directorate General of Intellectual Property of the Ministry of Law and Human Rights of the Republic of Indonesia with the registry number of 000132954 last October.

“We patented this model not for commercial means. This CIBEST Model is endowed for the advancement of our nations and Islamic economics. Because of that, I hope that more institution will use this model for policy making and researches,” said Dr. Irfan Syauqi Beik, the inventor of CIBEST model as well as a lecturer in the Department of Sharia Economics, Faculty of Economics and Management, IPB.

According to this man who once served as the Head of Center for Islamic Business and Economic Studies (CI-BEST), Institute of Research and Community Empowerment (LPPM) IPB, CIBEST model adoption made all distribution design or utilization of zakat all over Indonesia measured based on the Welfare Index from CIBEST model. Thus, it made IPB, or CIBEST LPPM specifically, play a direct role in the development and in the empowerment of the less fortunate, especially the Moslems. Baznas as the zakat authority and all Zakat Body (LAZ) under Baznas’ coordination nationally operates based on the indicator in CIBEST model.

The CIBEST study center in IPB de facto has been established since its soft launching on January 25th, 2007 with the name of Sharia Development Study Center (PKPS) IPB. On October 4th, 2011, it was inaugurated de jure by IPB Rector based on SK Rektor IPB No. 146/I3/OT/2011 after it went through an agreement process from IPB Academic Senate.