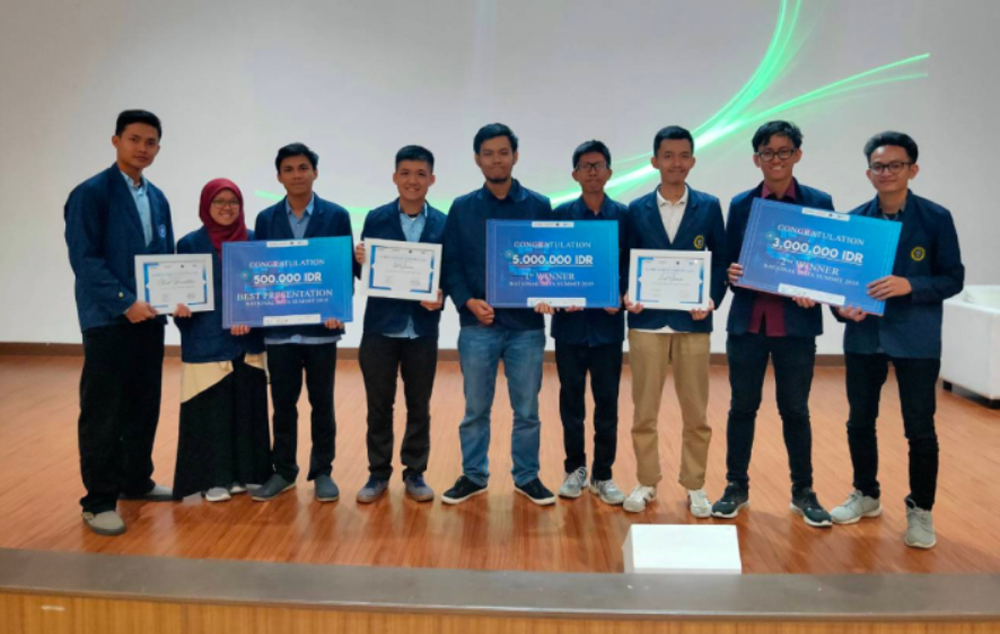 Willyam explained before identifying a region, their team collected the data that needed to analyze. In this case, they collected regional administration border map in East Nusa Tenggara (NTT) by Geospatial Information Agency. Also, 2015-2018 period wind speed observation data on seven NTT meteorological stations by the National Oceanic and Atmospheric Administration, and a dataset as a comparison of energy estimates in the form of Wind Turbine Scada Dataset through the kaggle.com.

“Indicator we use to wind power potential region in NTT through the comparison of annual wind speed average of each regency in NTT. Then we chose regency that has better wind potential than other regencies,” said Willyam.

K-Means Clustering Method uses to clustering, associated with the aim of their data analysis to group the regions in Indonesia that want to implement solar cell. "The results of the analysis are in the form of an area that is suitable to be built in a Solar Power Plant (PLTS) and an area that could be a consideration for PLTS to build," Iqbal explained.

Their team found the data from ECMWF site with the attribute used about wind speed, thermal radiation, solar radiation, and cloud cover. “The result of this analysis hoped to help decision making to develop PLTS. For example, there will be developing PLTS in the future by choosing the location, the form can be used as the consideration the stakeholders on deciding PTS development,” said Iqbal.

The problem about Subduction-collates between plates-moves nearby impacts the earthquake that potent tsunami in regions in Indonesia. Lack of early warning of disaster will worsen the damage and death. To solve this, analysis of earthquake station spread can optimize early warning about earthquake. The data they got was from United States Geological Survey (USGS) site that load earthquake data around the world 1963-2016 period. Then, data from Indonesian Tsunami Early Warning System (InaTEWS) site that load earthquake data in Indonesia and outside Indonesia during 2009-2019 period.

“The point is, we analyze the spread of earthquake station in Indonesia, whether it is evenly distributed and is optimum or not against these earthquakes. After that, we do the prediction of an earthquake caused by plate movement using the Sarima algorithm, "Imam explained. Imam further explained, "This Sarima algorithm is looking for a pattern of repetition of the data provided."

Faldi added that the purpose of this data analysis can solve a problem that has been formulated correctly, clearly, and has a positive impact. (NR)