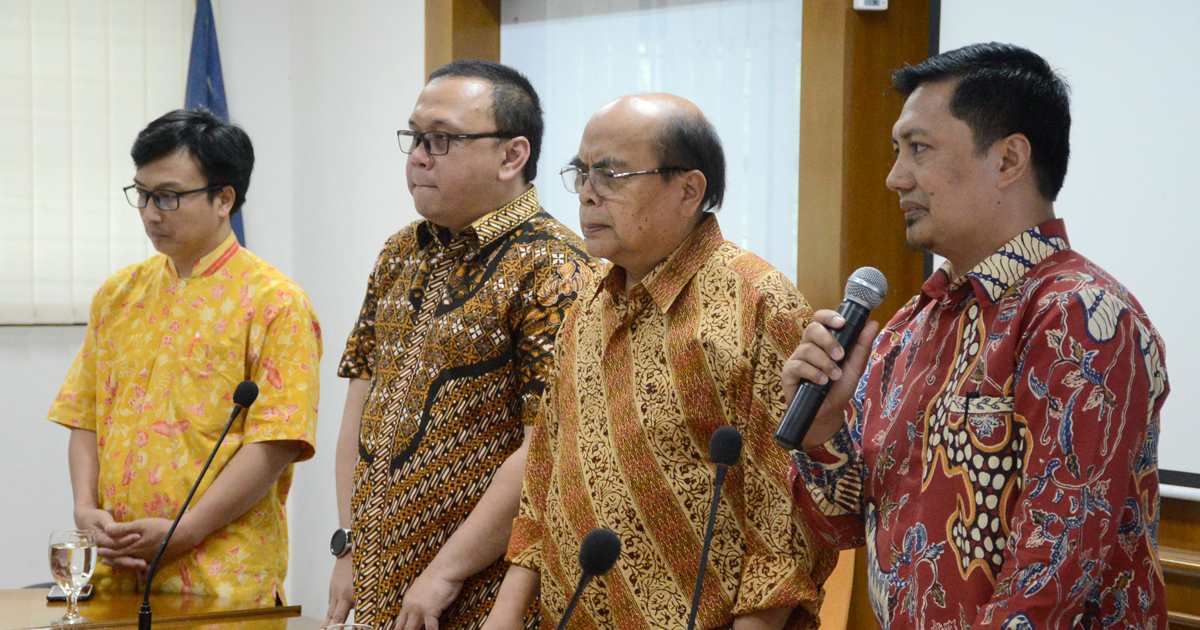 The Department of Islamic Economics (Dept. Eksyar), Faculty of Economics and Management (FEM), IPB University in collaboration with the National Amil Zakat Agency (BAZNAS) held The Islamic Economics Winter Course (IEWC) on the Dramaga Campus of IPB from Monday (10/14) to Saturday (10/19). The event was opened by Prof. Iskandar Zulkarnain Siregar, International Program Director (ICO) representing the Chancellor of IPB University. In his remarks, Prof. Iskandar said that currently IPB University is organizing various summer courses with various topics, one of which is held. This year there are 16 courses and next year the number will remain or will increase. "The topics held in this activity are very relevant to the developing issues, one of which is the philosophy of the Islamic economy. We will discuss the next agenda with the Department of Agriculture not only about science but also international cooperation which is likely to be developed further, "said the Professor of IPB University.

Present as the keynote speaker, the Chairman of Baznas, Prof. Dr. Bambang Sudibyo, touched on global issues related to sharia banking and finance both from the economic and sharia aspects as well as sharia-inclusive and social financial issues. According to Prof. Bambang, various data analyzed showed the strengthening of the optimism of the future of the Islamic economy, including in terms of the management of bright national zakat.

The number of economic solutions to be solved through this zakat movement.

"The Muslim population is currently around 22 percent of the world population, and among all religions in the world, the growth of Muslims is the largest. With this rapid population growth, it is estimated that in 2060 the number of Muslims will become large, "he explained starting the material entitled The Role of Zakat in the Contemporary Development of Islamic World.

Sharia economic sector is one sector that has a fast growth trend compared to other sectors. Halal products are increasing rapidly which includes halal food, Islamic fashion, halal travel, halal media and recreation, medicine, and halal cosmetics. This means that the future of the Islamic economy is very resplendent and in line with the goals of the Sustainable Development Goals (SDGs) launched by the world through zakat.

According to Prof. Bambang, the current government is very ambitious to make Indonesia as one of the centers of the world Islamic economy in 2023.

Its implementation was formed by the National Sharia Finance Committee (KNKS) which was present as a catalyst in an effort to accelerate, expand and advance the development of Islamic economics in order to support the development of the national economy.

Increasing the trend of sharia economic growth that is fast needs to be supported by the readiness of superior human resources (HR) to provide support for industries engaged in the sharia economy sector. Dr. Irfan Syauqi Beik as the Director of Distribution and Utilization of Baznas who is also the former Chair of the Department of Eksyar IPB University stated that training and courses are needed to improve the skills and abilities of human resources in the field of Islamic economics. For this reason then this activity was held.

The same thing was added by the Head of the Department of Eksyar, Dr. Asep Nurhalim, Lc, M.Pd.I that this program was a program that was held in response to government directives.

Participants in this event are industry players, academics, and researchers from various countries such as Nigeria, Bangladesh, Thailand, Malaysia and Indonesia. (NR)