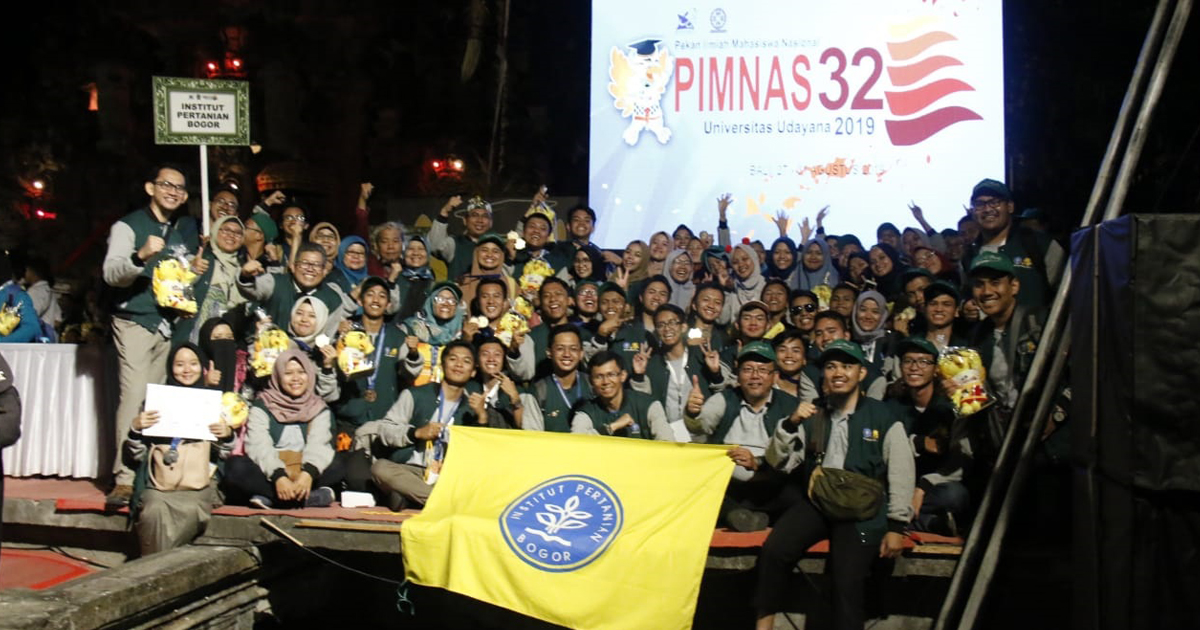 IPB University student teams accomplished the 2nd place in the “32nd National Student Scientific Competition (Pimnas)” held by Ministry of Research, Technology and Higher Education (Kemenristekdikti) on August 27th–30th, 2019 in Bali, Indonesia. Rector of IPB—Dr. Arif Satria described that success as an achievement representing the effort and hard work carried out by the big family of IPB University, including students, lecturers, supervisors and reviewers, departments and faculties. IPB Director of Student Affairs and Career Development—Dr. Alim Setiawan Slamet as well denoted that IPB University successfully sent out the second largest number of Student Creativity Program (PKM) teams at Pimnas this year—23 teams, out of total 95 teams from all around the country. This figure improved significantly compared to 2018 with merely 15 teams. This number was also consistent with the second rank in terms of the number of PKM teams that received funding from Kemenristekdikti and assessed as “advanced”. The teams and their respective categories consisted of 2 teams on Technology, 3 teams on Humanities Research, 5 teams on Exact Research, 1 teams on Community Service, 2 teams on Karsa Cipta, 2 teams on Entrepreneurship, 4 teams on Written Idea and 4 teams on Constructive Futuristic Ideas. They won total 6 Golden Prizes, 3 Silver Prizes and 3 Bronze Prizes. Before sent off to Bali, IPB University has conducted preparation programs to students of the delegations teams by providing intensive training in both soft and hard skills. Kemenristekdikti Minister—Prof. M. Nasir during his opening remark explained that this year’s Pimnas participants were the largest compared to those of previous years, totaling 1,614 students and 460 accompanying lecturers from 70 public and 56 private universities throughout Indonesia. They were divided into 460 selected teams funded in 2019 with totaling 3,621 proposals from universities from all around the nation.