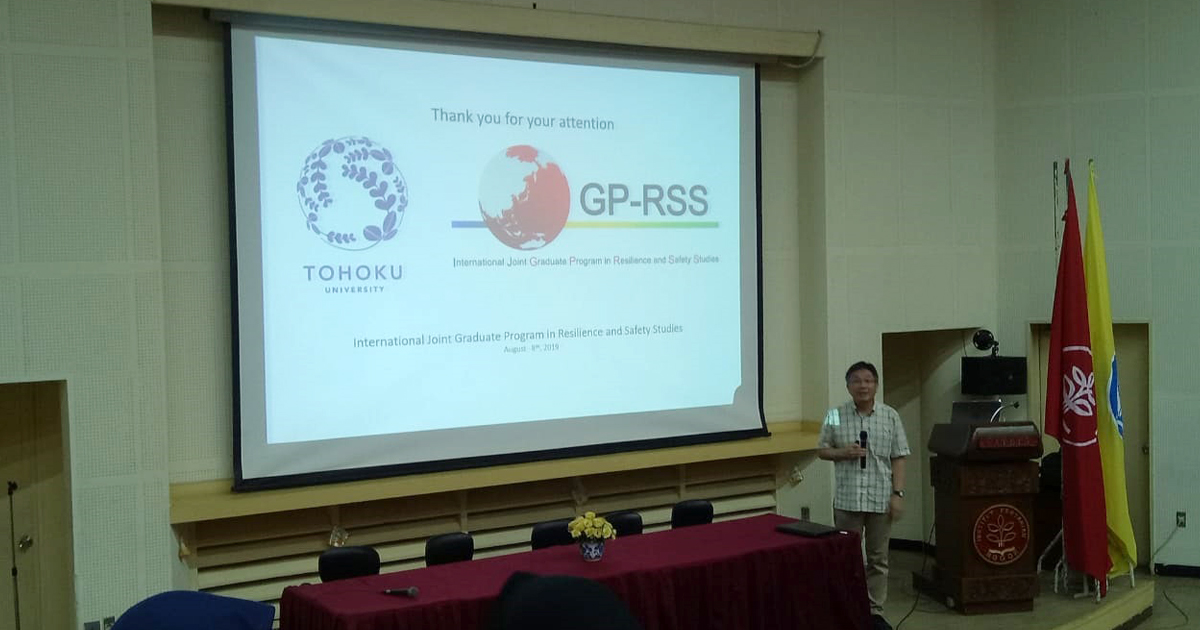 Rice bran has many health benefits. The benefits are related to active substances which can be isolated from γ-oryzanol, ferulic acid, and tocotrienol. That was discussed in Special Talks held by Department of Food Science and Technology, Faculty of Agriculture Technology (Fateta), IPB University.

“Chemical composition of bran from Indonesia and Japan from different rice varieties is potential as a functional foodstuff,” said Hitoshi, who is involved in a joint research project from Japan Society for The Promotion of Science (JSPS). There were also several Indonesian researchers in the JSPS.

Hitoshi also said that 37.5 percent of bran in Japan is utilized to produce rice oil, which will be used to isolate active substances such as γ-oryzanol, ferulic acid, tocotrienol, and other microcomponents.

There are also several benefits from those substances, which are to increase fat metabolism, antiinflammation activity, prevent liver damage due to alcohol, reduce cholesterol effect, inhibit cancerous cells growth signaling and other health substances.

“One of driselase fraction of rice bran is adenosine, which is proven by experiments using stroke-vulnerable hypertensive rats (SHRSP) to be able to improve glucose and lipid metabolism,” said Hitoshi when he explained about his research results.

The other study is about fermented rice bran which can reduce blood pressure on SHRSP. The other result shows higher Angiotensin Converting Enzyme (ACE) inhibition activity in serum.

In this event, besides explaining about the research, Hitoshi also introduced Tohoku University to the participants, which consist of dozens of lecturers, undergraduate and postgraduate students of IPB University. Tohoku University has been partnering with five universities in Indonesia, which are UI, UGM, ITB, and UB in the forms of exchange program and summer program.

This program aims to give transdisciplinary education based on international collaboration focused on Sustainable Development Goals (SDGs), disaster study, and technology innovation for students. (Ard)