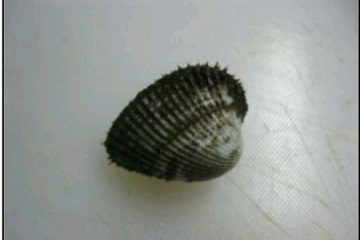 This abundant production had not been optimally utilized. Currently, the fur shells were only used as a side by-product, so it was not regarded by many people, because it had not given more value.

Dr. Asadatun Abdullah, Prof. Nurjanah, and Taufik Hidayat, SPi.MSi, Lecturers of the Department of Aquatic Product Technology (FPIK), IPB utilized the fur shells as a substitute of the raw material for the manufacture of the oyster sauce.

"Because I see the price of the expensive oyster sauce, I am finally interested to take the kind of economical shell at a low price. We substitute our fur shells on the raw materials to replace the oysters,” explained Taufiq Hidayat.

Based on their research results, the advantages of using the fur shells were rich in amino acid of glutamate, omega 3 and omega 6 fatty acids. The content of glutamic acids as a contributor of umami flavor between fur shells and oyster shells did not differ significantly .

"The fur shells are also not hard to find. Its presences are in many areas of Java and almost in all parts of Indonesia," he added.

“Going forward in the future the exploration of the raw materials of other aquatic products. Do not know many names of the local fish, let alone the type of shellfish and its great potential.”

Hopefully, this potential could be utilized as a source of food for the future," he concluded. (SMH/Zul)

Keyword : Researchers of IPB Utilized the Fur Shells for Alternative Raw Material of the Oyster Sauce