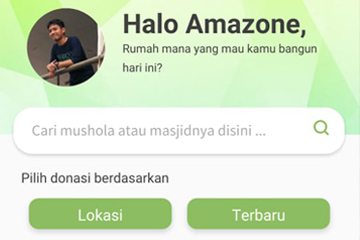 EMaal: Crowdfunding-Based Donation Application for Mosques and Mosque in Indonesia as a Solution of Charity Today

EMaal: Crowdfunding-Based Donation Application for Mosques and Mosque in Indonesia as a Solution of Charity Today 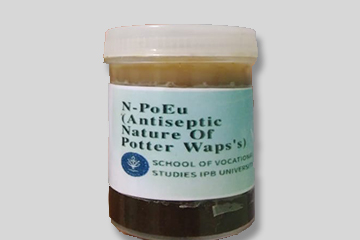 The word N-PoEu comes from the word N which means Nature and PoEu comes from the words Potter and Eumennes. N-PoEu is a natural antiseptic innovation for wound healing originating from transporting bee nests, Virgin Coconut Oil (VCO) oil and beeswax. The main ingredients are Angkut-freight wasp nests, while VCO and bee waxs are an additional ingredient for making ointments. This ointment is used for the healing process of wounds on white mice.

The transport-wasp nest in ancient times was used by the Javanese community as a medicine at the center of newborns and at the time of circumcision for boys. Provision of transporting bees' nests to circumcised infants and young children dries faster.

Based on this phenomenon, researchers are interested in making the transport wasp nest a wound healing antiseptic drug. The material used in making N-PoEu is not dangerous because it does not use chemicals. N-PoEu has high potential as an antiseptic.

Based on the results of laboratory tests using the Kirby-Bauer method, literature studies, and direct application of White Mice (Mus Musculus Swiss Webster) it is known that N-PoEu has high potential as an wound healing antiseptic, because it has several ingredients that can have high potential as an antiseptic including sponge, zinc and iron. Based on the results of the application, the wound in mice healed within three days. When giving N-PoEu, mice did not show any reaction. This is because the zinc content functions as a substance that can provide cool properties to the wound.

N-PoEu has advantages including the materials used in the process of making ointments which are very easy to obtain and economical. The material used is derived from natural ingredients without chemical additives. So that it has a relatively small negative impact compared to chemical-based antiseptic drugs. The application of N-PoEu to the wound did not experience any reaction so N-PoEu has a cool nature. 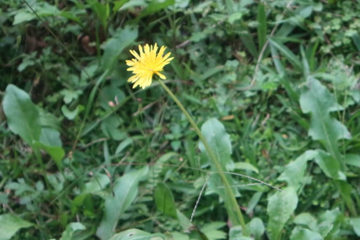 D-Melion: Source of Vitamin D in Turkey (Meleagris gallopavo) from the Dandelion Plant (Taraxacum officinale) as an Antioxidant-Rich Anti-paralysis Feed

D-Melion: Source of Vitamin D in Turkey (Meleagris gallopavo) from the Dandelion Plant (Taraxacum officinale) as an Antioxidant-Rich Anti-paralysis Feed

Description :
Turkey has the potential to be developed as an alternative source of animal protein. This turkey has alower cholesterol content when compared to beef. However, at the age of 4-6 months, turkeys oftenexperience paralysis caused by malnutrition, disease and obesity. The naming of D-Melion means asource of vitamin D for turkey (Meleagris gallopavo) from the dandelion plant (Taraxacum officinale) as
a diet rich in antioxidants that prevent paralysis.

Dandelion plants are still rarely used. This dandelion plant has attractive and beautiful flowers andgrows in cold regions. This plant has high vitamin D content which can prevent paralysis of turkey legbones due to obesity. The dandelion is given in fresh form mixed with bran feed, commercial feed andwater hyacinth.