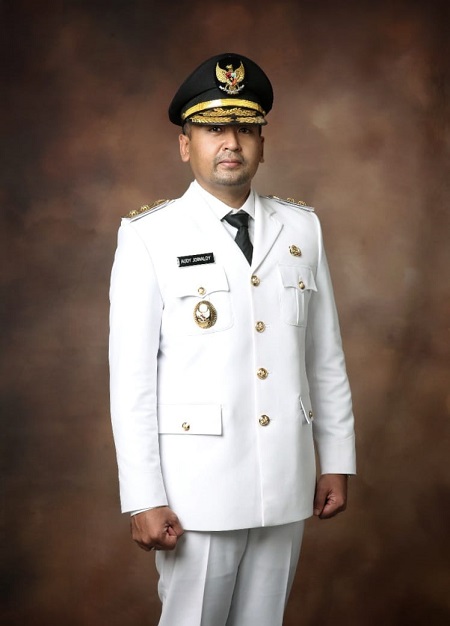 Chairperson of the Faculty of Animal Husbandry Alumni Association (HANTER), Dr. (cand) Ir Audy Joinaldy, SPt, MSc, MM, IPM, ASEAN Eng was officially appointed as Deputy Governor of West Sumatra, 25/2. He will accompany Mahyeldi as the elected governor of West Sumatra for the next five years.

Audy Joinaldy's presence in the political arena in Indonesia is relatively new. The reason is, Audy had rejected an offer from Mahyeldi to advance in the choice of governor (Pilgub) of West Sumatra five times. He refused the offer because according to him the political world was completely uncertain.

With a qualified business background, Audy was named the richest Deputy Governor with a wealth report to the KPK of Rp. 58.11 billion. Not only that, he was also named the youngest deputy governor in the history of West Sumatra Province and has the most academic titles. He is also the only IPB University S1 Alumni and Animal Husbandry Engineer in Indonesia who is the Deputy Governor of Indonesia.

As an alumnus of the Faculty of Animal Science IPB University in 2005, Audy has been active in organizations since she was a university student. He was the Head of the Entrepreneurship Division of the Student Executive Board for the Joint Preparation Level (BEM TPB) of IPB University for the period 2001-2002. When continuing his Masters studies at Wageningen University, Audy was entrusted with being the President of the Indonesian Student Association (PPI) Wageningen Netherlands.