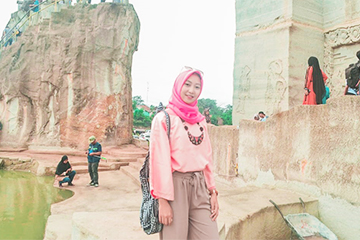 Ditta succeeded in becoming the Top 10 Kino Youth Innovator Award (KYIA) 2018, an award given to the younger generation for innovation ideas created through competition. Ditta gave birth to innovative products in the form of ASI Enhancing Herbs from Daun Torbangun. 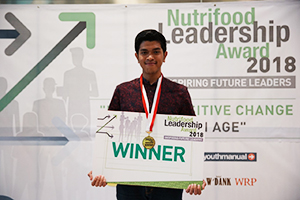 Arga honors the name of IPB University as the Second-Best National Achievement Student in 2018, a competition organized by the Ministry of Research, Technology and Higher Education of Republic of Indonesia to select and award students who achieve superior achievements and pride in academic, co-curricular and extracurricular activities .

Arga has also been named the main winner of Nutrient Leadership Award (NLA) 2018, a competition that aims to give awards to Indonesian students who have potential in the field of leadership. In this competition Arga carries the concept of "Food Patriot", a system for handling food problems in Indonesia. 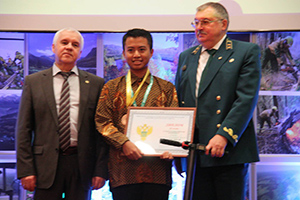 Mahtuf managed to become the Best Champion at ENUIMUN 2018 International Diplomacy Competition at Eurasian National University (ENU) Kazakhstan, 2018. ENUIMUN is a UN Session Simulation competition attended by students from various countries in the world to hone the ability of students in diplomacy in the international world related to developing issues. Not only that, Mahtuf was also awarded as the best presenter at an international conference at the Taiwan Center for Teacher Education, Tamkang University, Taiwan, 2017. 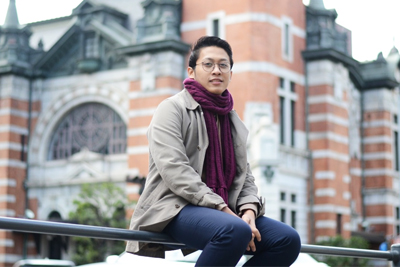 Danny has participated in the India-ASEAN Youth Summit 2017, a conference held to bring togetherness of ASEAN and Indian youth in various fields to discuss and present the role of each youth in the development of countries in the ASEAN region and between India and ASEAN. Danny also contributed to the drafting of the Declaration of Inter-Youth Cooperation between ASEAN Countries and India which was the basis for the implementation of other multidisciplinary activities held on the initiation of ASEAN and India.

Danny was also be the winner of the Best Poster Presentation in the 3rd Asian Sensory and Consumers Research Symposium 2018 in Kuala Lumpur, Malaysia. Danny presented the research on perceptions of labeling chocolate products for consumer acceptance. Other international achievements were also made in several international activities such as the 23rd Tri-U International Joint Seminar and Symposium, the 2018 Asia-Pacific Agriculture Student Summit (APASS), and accepted paper at the 2019 Hokkaido Student Association Meeting (HISAS). 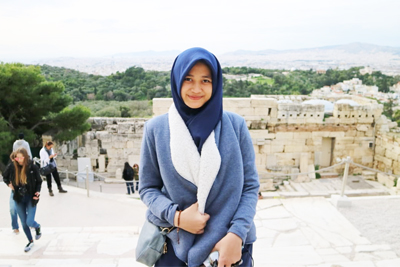 Novita Sari has received a student exchange scholarship for one semester at SGH Warsaw School of Economics, Poland by SHARE Scholarship Program 2017 and more than 18 countries have been visited. In addition, Novita has also been the Best Presenter at Maltepe University International Student Congress (MUISC) 2017 at Maltepe University, Istanbul, Turkey. Novita is active in the YSS ASEAN social community plus China Student Volunteer and has volunteered the mission to Sarawak, Malaysia and officially become YSS alumni under the Malaysian education ministry.