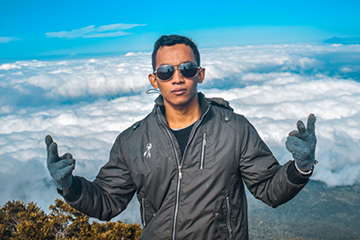 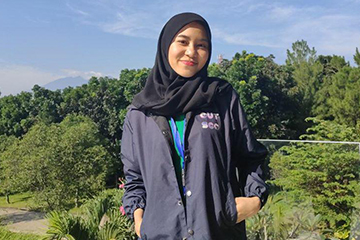 Beside from winning the national competition, Firanindyta has also received international awards such as The Best Poster Presenter on International Poster Student Competition in the Summer Course held by the Vocational School of IPB University. On the same occasion, Firanindyta also won The First Best Group Winner award.

Currently Firanindyta is also active as the Co-founder of NIGHTS Speaking Club. An English club initiated by Firanindyta and her high school (SMA) friends. Through this club, she and her friends try to provide a forum for people who want to improve their English speaking skills. Even the participants are not only from Indonesia, but also come from Turkey, India and other countries whose mother language is not English. 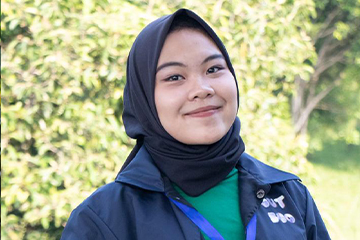 Cindy, or well known as Cinday, is a student and an activist in food issue. Evidently, she successfully established Tatanen Baroedak community since August 16th 2019. Baroedak Tatanen community is a community that focuses in developing farmers’ children to utilize agriosociopreneur-based local agriculture. Through her effort, Cindy was awarded as Young Pioneer of West Java in Food by The Office of Youth and Sports of West Java Province.

With that experience, Cindy was awarded as 3rd Best Orator in Orator Star Competition by Representative Council (DPR RI) 2020 and as the Guest Speaker in Radio of Republic of Indonesia (RRI) DPR-RI in the episode of Most Outstanding Student as Founder of Baroedak Tatanen Community. Cindy also had an opportunity to be the speaker at Disaster Alert Children (Anak Siaga Bencana) in Bandung and was awarded directly from Regent of Bandung, Dadang M. Nasser. From her experience in food, Cindy once again was elected as delegation in Future We Want United Nation Simulated United Nation Assembly in New York on 2020.

Aside from being a food activist, Cindy was also actively joining competition. Some of her achievements are 2nd position in Vlog Competition held by Indonesia Vocational Forum in 2019, Finalist in Debating Competition in University of Riau, and 1st position in Short Video Competition about Children Protection in 2017.

In the middle of her busy schedule, Cindy was also actively joining volunteering programs. Currently, she is an active volunteer in Jabar Bergerak Zillenial, Disability Specialist of Social Worker in Cimekar Village  and was once elected as Team Leader in IPB Goes To Field in Kediri held by  Institute of Research and Community Service (LPPM) IPB University. 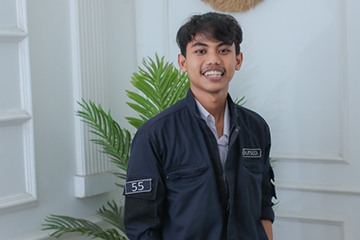 Student of the Nutrition and Feed Technology Study Program

Hajrian does not stop to continue to excel in both academic and non-academic aspects. Some of the achievements he got include 1st Place in Business Plan Perfect IPB University 2019, 1st Place in the 2019 National Equilibrium Conference Essay, 1st Place in the Essay of the Muhammadiyah Student Association (IMM) at the Jabodetabek Level 2020, 2nd Place for National Scientific Writing at FILM State University of Semarang 2020. At international level, Hajrian was assigned as Delegate of India in International Quarantine Model, United Nation 2020.

Hajrian is also active in entrepreneurship. Currently, Hajrian is preoccupied with his business, namely Istiqomah Maju Farm Rembang as Founder and Manager. He was trusted as the Head of the Cage at Orlin Farm Bogor in 2020.(IAAS/YN)