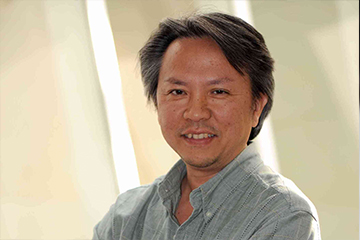 Cancer Researcher in Sweden
Alumni of the Faculty of Mathematics and Natural Sciences, Graduated 1982

For more than 30 years, Professor Yudi Pawitan has been involved in the world of statistics, especially biostatistics. The work of the scientist who have a professorship at Karolinska Institute Stockholm, one of the best medical universities on earth, has been recognized internationally.

After several years as a researcher in the United States, in 2001, Professor Yudi wanted to try an academic career as a researcher in Sweden. Professor Yudi eventually joined the Department of Medical Epidemiology and Biostatistics, focusing on research in the field of statistical genetics and molecular biology related to cancer research. This is the right choice because it turns out that statistical research in Sweden is much more developed due to the availability of organized data and information.

Prof Yudi's research related to the importance of calculating the probability of cancer patients receiving cancer therapy. As we know, cancer therapy is one of the most expensive therapies in the world. In a country like Sweden, the government covers the majority of the medical expenses of its citizens. Therefore, a proper evaluation is needed to determine which cancer patients will receive the most benefit from undergoing therapy. This is important information for doctors to determine the right medical steps for cancer patients.

Besides actively writing scientific publications in various medical journals, he has also written two text booxes: "In All Likelihood: Statistical modeling and inference using likelihood" published by Oxford University Press in 2001 and "Generalized Linear Models with Random Effects" in 2006 with Professor Lee and Professor Nelder. 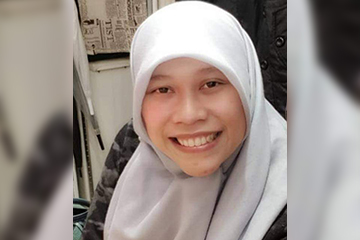 Developer of Surrogate Broodstock Technology for Fish
An Alumnus from Faculty of Fisheries and Marine Science, Graduated in 2004

Anna is currently enrolled for her Post Doctoral Researcher (PhD) degree at Tokyo University, Marine Science and Technology. Her research on germ cell transplantation to make surrogate broodstock for fish received attention from the Japanese media. Anna was featured in the Yomiuri Shinbun (Yamanashi version) newspaper in 2018 with the title "Succeeded in Breeding Surrogate Parents of Tanago". Anna also appeared on Nippon Television (2014) on the program "Hirunandesu! - Explore the Campus of Tokyo University of Marine Science and Technology” and also appeared on Chikyu Radio, NHK, International Student Broadcast.

Those achievements were achieved because Anna and her supervisory professor succeeded in developing a technology that could save Tanago or Bitterling Fish. They are fishes that are almost extinct in Japan. That technology has been established and could be applied to several fish, either allogeneic or xenogeneic transplantation.

That technology could be used for fish rescue programs that are nearly endangered, production of fish which could not be bred by artificial breeding system, accelerating the production of fish which have a long regenaration time, saving the cost for maintaining large size fish broodstock. natural sex reversal methods without the use of hormones, production of broodstock with functional characters of YY female or male XX without using hormones which are beneficial for the efficiency of aquaculture production, efforts to maintain fish genetic fitness and mass production of superior seed fish with good genetic quality. 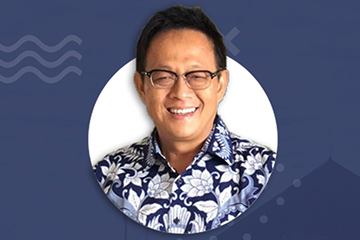 CEO of AMG Group
Alumni of the Faculty of Agriculture, Graduated Year 1988

After a few years, his business grew rapidly. In 2001, Ir Ujang built an NPK fertilizer, biofertilizer and microfertilizer factory in Sidoarjo. In 2009, Ir Ujang began to expand his business in the oil palm plantation sector with a plantation area of ​​2,600 hectares in Aceh. Apart from working in the fields of agriculture, forestry and ecotourism, Ir. Ujang also penetrated the property sector by building PT Royal Anugerah Gemilang in 2013.

Success in the business sector has not made Ujang forget his surroundings. In 2008, Ir Ujang founded three foundations namely An Nur Foundation, Misykat Foundation and Nurur Rabi'ah Foundation. In addition, he is also active in the Alumni Family Association (IKA) of the Faculty of Agriculture, IPB University. In 2012, he became Deputy of the Agriculture Sector at the Indonesian Chamber of Commerce (Kadin).