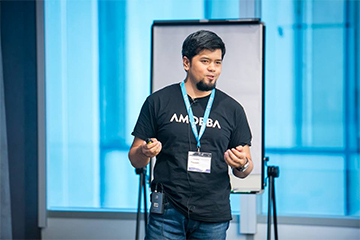 In 2017, Fauzan became CEO of the Digital Amoeba Program. Namely the digital business incubation program for internal startups of Telekomunikasi Indonesia. In three years, the program, which allows Telkom employees to develop digital startups, has successfully launched 7 new products from an incubated team of 270 teams. Some of these products have even been able to generate revenue and cost-saving Telkom Group up to billions of rupiah.

The existence of this program not only produces digital innovative products needed by the Telkom Group, but is also able to hone Telkom's human resource (HR) skills. The program is considered to be able to open the eyes and insights of all divisions regarding building a digital business and transforming from a telecommunications company to a digital company.

Fauzan is also known as a Digital Mastery Expert because of his various expertise in the fields of Business Development, Strategic Partnership, Business Analysis and Business Strategy. In his spare time, Fauzan still has a passion in the world of fisheries in the form of a business collaboration between an Ornamental Fish Shop and an Ornamental Fish Farm (Bogorian Fish Farm, with the main commodities being Denisoni, Botia India and Electric Blue Jack Dampsey).

One form of business under the auspices of PT Kemenady Industri Mandiri is Kemenady Coffee. The existence of Kemenady began in 2016 by fostering coffee farmers in the area around Puncak, Bogor directly and in collaboration with the Office of Food Crops, Horticulture, and Plantation of Bogor Regency. In addition to getting direct supply of coffee from assisted coffee farmers in Bogor, types of coffee from coffee-producing regions are also available such as Sumatra, West Java, Bali, Toraja, Papua, and others.

Besides having a diploma from IPB University, Muhammad Eka Pramudita has also been certified as a Barista Pathway from the American Coffee Association (SCAA) and Arabica Q-Grader from the International Coffee Association, the Coffee Quality Institute (CQI). With a variety of achievements, especially in the coffee sector, Eka is confident that she can meet the needed coffee needs of the highest quality according to market demands. 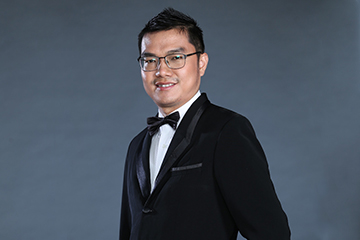 This business has been pioneering since 2008 and up to now hundreds of partners have collaborated in various regions in Indonesia. At present there are eight outlets of Your Tea that are managed by themselves, with a total of more than 200 outlets in 37 cities in Indonesia. Your Tea continues to innovate in improving the quality of products and services to customers by offering 18 variants of contemporary flavors that consumers like.

Indra, who was once a finalist of the Mandiri Young Entrepreneur, was also interested in the investment business world. Property and gold is the type of investment of choice. During running his business, Indra always tried to focus and be consistent. In his partnership, he offered several investment packages and also provided sales packages for raw materials.

The man who is known by the motto "Never Give Up" hopes to be a channel of blessing for many people. Through various seminars and coaching that he had participated in, plus his life experience, Indra tried to always share with others. Until now, thousands of people have listened to the successful and happy inspiration of Indra Thamrin.