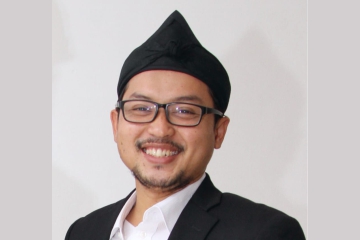 After graduating from college, Herdiansah worked at a well-known bank in Jakarta. However, Herdiansah's social spirit and sense of concern for the community were so great that she chose to contribute to the social enterprise sector by becoming part of the Dompet Dhuafa (DD) extended family.

In 2010, while serving as chairman of GM Resources Mobilization, Herdiansah managed to break the record of raising more than 200 billion rupiah in public funds a year. A very large achievement for the scale of a non-governmental organization (NGO) at that time. From 2014 to the present, Herdiansah has been given the mandate as DD's CSR Director, managing various social programs, most of which are in remote, underdeveloped and outermost areas.

Since 2018 until now, Herdiansah has been the President Director of DD Construction and the President Director of Asset trust Development, a company engaged in construction services, property and asset management. One of the roles is believed to be building recovery housing after the Lombok and Palu disasters by BUMN companies. There are more than 1000 shelters built and other public facilities such as schools, markets, industrial factories, bridges and hospitals across Indonesia.

In 2019, Herdiansah moved to Asia, actively contributing to the Philippines, which was the victim of a badly affected earthquake. Herdiansah is the only representative from Indonesia to provide assistance in the form of earthquake-friendly houses to residents affected by the earthquake. These duties and roles became Herdiansah's continued roles, after previously serving in Hong Kong, Australia and the United States. 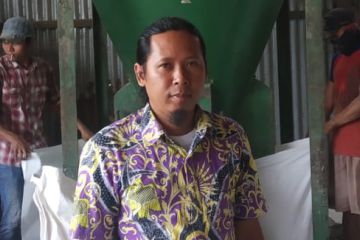 Endin Nurdin manages to have a turnover of up to 5 billion rupiah per year  to his efforts in the field of chicken and native chicken feed.

After pursuing the business of processing milk and dairy,  Endin is now focusing on selling raw materials for animal feed, concentrate for ruminants and chicken farming, especially chicken cub (Kampung Unggul Balitbang). These Kub native chickens originate from within the country because they were developed from the results of research from the Agricultural Research and Development Agency.

The advantage is that the egg production can reach 160-180 eggs per year, its maintenance is easier and more disease resistant, the owner of the farm can mix their own food, the taste and texture of the meat is like free-range free-range free-range chicken, 70-90 days of harvest if cultivated intensively. For this Kub chicken, Endin and his business partners only have 300 broodstock and produce 500-600 day old chickens (DOC) per week.

In addition, in his business, which has only been running for five years, Endin markets feed raw materials to Padang, Purwokerto and Bogor while for concentrate Endin is still focused on the local market, in Bogor. 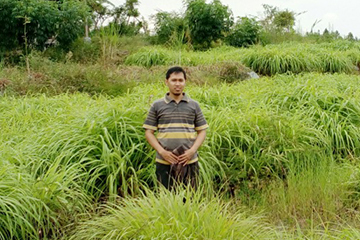 M Khawarizmie Alim (37 years) immediately began entrepreneurship after graduating from the Department of Mechanical and Biosystem Engineering, Faculty of Agricultural Technology (Fateta). Since 2015, Alim has begun to focus on citronella cultivation and the refining of citronella oil in the village of Sumbaga, Bumijawa District, Tegal Regency, Central Java.

The first concept was to start planting lemongrass, then while waiting for the plants to be ready for harvest, seeking assistance for refineries and equipment from the government or the private sector. Several attempts but failed, finally at the end of 2016 there was a bright spot through the help of an Islamic philanthropic institution, in the form of an empowerment zakat program. The program, which started in 2017, includes assistance for superior seeds, distillery tools and buildings, and a marketing network. The program is a research tool for pilot business groups to find methods and methods that suit field conditions. At the end of the same year, Alim and his business group began expanding the cultivation of lemongrass with a professional commercial business management model in the aspects of organizational structure, administration and finance, as well as efficient business processes. In mid-2018, Alim started expanding the planting of lemongrass independently from the previous business group.